“People’s tribunals are forums of justice set up by social justice movements and organizations to adjudicate cases often against states and state-backed corporations. Rather than courts and other judicial apparatus set up by states, organizers instead convene jurors from around the world to adjudicate. The judgments rendered through people’s tribunals are non-binding, as their decisions are not backed by forces of the state. However, these tribunals render significant power.”

Read the full article below, or download the PDF version. 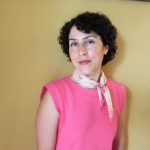 Azadeh Shahshahani is the Legal and Advocacy Director at Project South. She has worked for a number of years in the U.S. South to protect and defend immigrants and Muslim, Middle Eastern, and South Asian communities. She previously served as president of the National Lawyers Guild and as National Security/Immigrants’ Rights Project Director with the ACLU of Georgia. Azadeh serves on the Advisory Council of the American Association of Jurists and on the Board of Directors of Defending Rights and Dissent. Azadeh has served as a trial monitor in Turkey, an election monitor in Venezuela and Honduras, and as a member of the jury in people’s tribunals on Mexico, the Philippines, and Brazil. She has also participated in international fact-finding delegations to post-revolutionary Tunisia and Egypt as well as a delegation focused on the situation of Palestinian political prisoners.