The National Lawyers Guild today joins with all those in the country fighting for a better and more just society in mourning the loss of Lynne Stewart. We are proud and honored by her membership in the Guild and were proud to have stood by her throughout her prosecution for being a vigorous and conscientious advocate for her client, Sheik Omar Abdel-Rahman, her imprisonment and her eventual release. 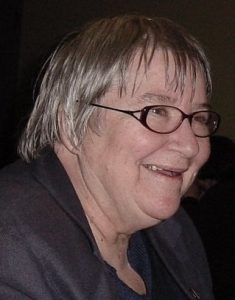 And just as millions mourn her passing today, millions stood by her over the years she was under attack by government forces. None of us could do any less because she spent a lifetime standing by the poor, the marginalized and the scorned. For most lawyers generally, and criminal defense lawyers specifically, the practice of law is a job, a way to make a living. For a very few, however, it is a calling, a means of fighting against oppression. No one exemplified that more than Lynne.

The criminal defendants she represented were overwhelmingly poor, marginalized and scorned. For them, the criminal system was nothing more than an assembly line they churned through, the wheels grinding slow and fine. In Lynne, they had an advocate who would put her body and her intellect between those grinding wheels and her clients. By protecting the most defenseless, she protected the rights of all.

Her prosecution, conviction and imprisonment did not end her advocacy, it only changed its form. She became a fighter for the rights of prisoners, women prisoners particularly and devoted her last years, both in and out of prison, to that cause with the same fervor she displayed as a lawyer. As a lawyer and after she lost her license because of her conviction, she reflected in her life and work the basic principle on which the National Lawyers Guild stands, the demand that human rights be regarded as more sacred than property interests. The forces of repression never silenced her in life and will not silence her in death. Joe Hill did not die with his execution by the copper bosses and, so long as the poor defend their rights, Lynne will live among us.

We extend our sympathies especially to her husband and comrade in arms, Ralph Poynter, her children and her grandchildren, but all of us are suffering her loss.

by David Gespass, NLG Past President

Posted in Announcements and tagged In Memoriam, NLG-NYC, political prisoners.