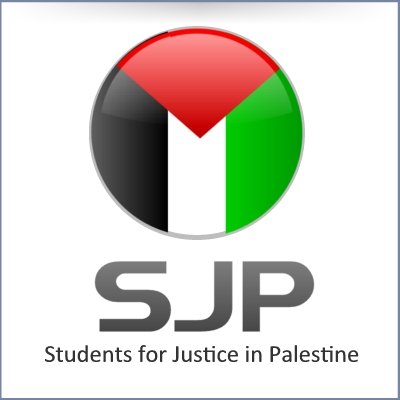 The National Lawyers Guild (NLG) joins the Center For Constitutional Rights, Palestine Legal and community and civil rights groups in its condemnation of Fordham University’s discriminatory ban of the Palestinian rights students organization, Students for Justice in Palestine (SJP). The NLG condemns this latest act in the legacy of Anti-Palestinian discrimination, known as the “Palestine Exception” to Free Speech, and calls for the immediate instatement of the SJP Chapter at Fordham University.

On January 17th, after one year of unprecedented scrutiny of the students involved, Fordham University Dean Keith Eldridge vetoed the formation of the SJP Chapter despite approval for the Chapter’s formation by the student government. Indicative of Fordham’s true motivations behind the ban of the SJP Chapter was the nature of the questioning of the students which revolved around their views on Palestine, the Israeli Occupation, and the controversial Israeli Lobby which has been recently exposed as having infiltrated British Student Groups and targeting British Elected officials.

Eldridge’s allegation that his veto was motivated by his concern about the “divisive and provocative nature” of the proposed SJP Chapter is belied by the unobstructed history of Palestinian and Israeli events hosted at the University, largely organized by Israeli groups, and the plethora of other student groups established without the same scrutiny or obstruction used against the Students for Justice in Palestine Chapter.

NLG member, Lamis Deek, a New York based Palestinian human rights attorney and activist said, “This latest act by Fordham University exemplifies a long and ubiquitous history of Anti-Palestinian censorship rampant across campuses, government, and civil institutions that has largely gone under-reported, unchallenged and is coordinated with many Israeli groups. But the tide is turning, civil rights groups are increasingly defeating these efforts which threaten the Constitutional Rights of all students and all Americans. Ironically, these repressive tactics have had the effect of exposing the imbalanced treatment of Palestine in our society and while scaring away many students it has attracted many more who have helped expand the Boycott, Divest and Sanctions Movement (BDS) which has its roots in the South Africa Anti-Apartheid Campaign”

US Campaign for Palestinian Rights steering committee member and human rights attorney Bina Ahmad added, “Fordham University’s decision to suppress speech about genocide against the Palestinians and the Apartheid regime they live under is a slap in the face to the fundamental principles of free speech and open dialogue that Fordham claims to uphold. Boycott, Divestment and Sanctions campaigns date back to the campaign to end South African Apartheid, organizing which took place heavily on university campuses. Fordham University’s fear of ‘polarizing’ issues is not only an embarrassment to the history of intense political organizing and debate on university campuses, it is also a potential violation of Title VI of the Civil Rights Act. If Fordham University wishes to be on the right side of history and the law, it will immediately approve the formation of Fordham’s SJP chapter and welcome them into the university’s political discussions.”

The NLG calls on Fordham University to immediately rescind its ban of the SJP Chapter and demands the University implement mechanisms to ensure the equal and fair treatment of the students involved.