FOR IMMEDIATE RELEASE Contact: press@fightforthefuture.org, 978-852-6457 Following the Israeli military’s bombing of offices of international press outlets including the Associated Press and Al Jazeera, an effort has emerged in Congress to block a planned $735 million weapons sale to the Israeli government, led by Reps Alexandria Ocasio-Cortez (D-N.Y.), Rashida Tlaib (D-Mich.), Mark Pocan (D-Wis.).  But […] 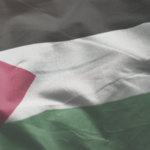 FOR IMMEDIATE RELEASE Contact: communications@nlg.org The National Lawyers Guild stands in solidarity with the people of Palestine in their struggle against the settler colonial state of Israel and calls on our members and allies throughout the United States and around the globe to stand and act in support of that struggle.  May 15 will mark […] 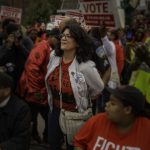 The National Lawyers Guild (NLG) fully supports NLG Michigan member, Congresswoman Rashida Tlaib. Rep. Tlaib has long worked tirelessly for tolerance and understanding across racial and ethnic lines. She was active in Take on Hate, ACCESS and the International Institute of Metro Detroit. As a member of the Michigan Legislature, board member and then Program […]

The NLG and Project South have filed an amicus brief in Arkansas Times, LP v. Mark Waldrip, et. al, challenging Arkansas’ Anti-BDS law. The case is on appeal to the 8th Circuit Court of Appeals. Such anti-boycott laws which trample upon the First Amendment have passed in dozens of states across the country and are […] 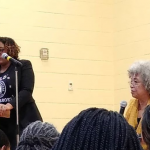 By David Gespass, NLG Alabama & Past NLG President Among the many privileges I had as president of the Guild, one of the greatest was picking up Angela Davis at the airport and introducing her as the keynote speaker at  75th anniversary #Law4thePeople Convention in 2012  held in Pasadena, CA. Her warmth, humanity and insight […] 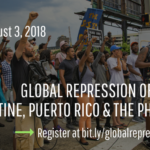 REGISTER NOW! bit.ly/globalrepressionwebinar As colonialist regimes gain power across the globe, we have seen more people speaking out against white supremacist and fascist rhetoric and policies as well as an increased attack on dissent, particularly on human rights defenders from economically poor communities of color. Movements to challenge and defeat racism, colonialism, state violence, and […] 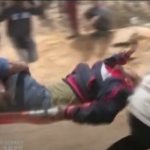 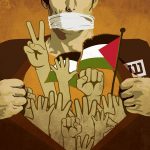 On April 27, 2017, join the National Lawyers Guild for a day of legal solidarity with Palestinian political prisoners in Israeli jails. Originally posted to: http://www.nlginternational.org/2017/04/april-27-call-for-lawyerslegal-workerslaw-students-in-solidarity-with-palestinian-prisoners-one-day-hunger-strike/ Over 1,500 Palestinian political prisoners have launched a hunger strike for their basic human rights. Their demands include the right to receive family visits without denial; appropriate medical care […] 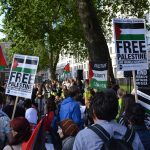 By Chip Gibbons, Policy and Legislative Counsel at Bill of Rights Defense Committee/Defending Dissent Foundation A number of commentators have noted two different trends. First, across the nation Republican lawmakers are pushing for bills criminalizing protests. Second, a number of state legislatures have passed or considered, often at the impetus of Democratic lawmakers, bills aimed at […]