NLG students are organizing the #StrikeAgainstKavanaugh, 10/10-10/12 to impeach Kavanaugh. Join and endorse the strike! 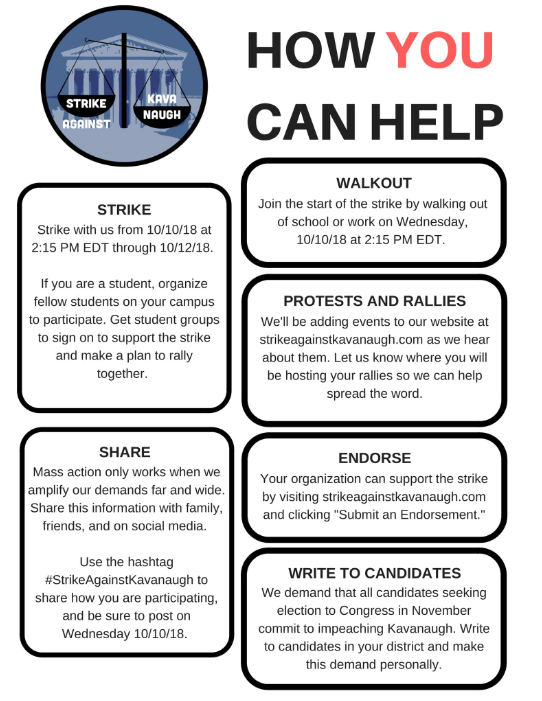 Today, law students released an open letter calling for a national student strike against the confirmation of Brett Kavanaugh.

On Wednesday at 2:15 PM EDT, students will walk out and begin a three day strike protesting the confirmation and demanding that any candidate running for Congress commit to impeaching Kavanaugh. Students and non-students will participate in rallies and other actions throughout the three days.

What: Strike Against Kavanaugh
When: Beginning w/ walkout at 2:15 PM EDT on Wednesday October 10, 2018
Where: Various law school campuses across the country (specific locations available upon request)