The NLG National Office is pleased to introduce our 2019 Haywood Burns Fellowship recipients! The Fellowships sponsor law students and legal workers to spend the summer working for public interest organizations across the country in order to build their legal skills , strengthen their long-term commitment to social justice, and provide much-needed legal support to under-served communities. This initial exposure to progressive lawyering is often the single most significant event that influences a person’s decision to become a people’s lawyer.

This year we will send five aspiring people’s lawyers to work on projects focusing on racial justice, immigrant justice, human rights, and prison law reform. Our fellows will be working at social justice organizations in Alabama, Atlanta, Tijuana, Chicago, and NYC.

Your contribution to this important fellowship will make all the difference for new legal practitioners to engage in social justice lawyering this summer and throughout their careers. Your financial support—which provided 100% of the project income in 2018—is essential to the program. Please make a donation today!

Join me in congratulating our 2019 Fellows! 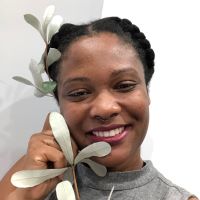 Kenneshea Allums was born and raised in Louisiana and left to attend graduate school in NYC. During her time as a graduate student, she co-founded the blog Black Women UNChecked with Shani Ealey to explore socio-political issues impacting Black women and document extrajudicial killings of Black folx through a project called The Blood Record. Much of her political education was formed and refined in the North, but after graduation she plans to return to the Deep South to support movement work centering the lived experiences of Black Southerners. She is inspired by Black women like Korryn Gaines, Ella Baker, Fannie Lou Hammer, Jesmyn Ward, adrienne maree brown, and Octavia Butler and aspires to follow their creative and bold paths towards liberation. Prior to law school, while trying to figure out how best to contribute to movement work she held positions at non-profits working on police accountability, voting rights, worker’s rights, and economic justice, and she was a Housing Paralegal at Brooklyn Legal Services. She is currently a 2L at CUNY Law, the co-director of her school’s NLG chapter, and active in the NLG Parole Prep Project. Driven by a desire to create more space in the legal field for Black and Latinx working class folx, she has made organizing with her peers at CUNY Law a priority. With this group, she pushes the administration to be more transparent, remove punitive academic standing policies, and provide more resources to Black and Latinx students in the form of scholarships, summer fellowships, more Black and Latinx faculty, and updated curricula that includes Critical Race Theory.  Last summer, she interned with the Center for Constitutional Rights. Kenneshea is excited to spend this summer interning in the South at Equal Justice Initiative in Montgomery, Alabama. 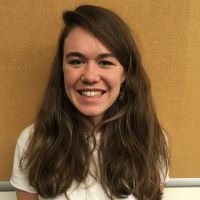 Zoe Bowman is a 1L at Northeastern University School of Law and is involved in the NLG, the Student Political Organizing Team, and improv comedy. Prior to law school, she attended Macalester College where she studied Political Science and Classics with a concentration in Human Rights and Humanitarianism, worked as an ESL instructor, and organized bike maintenance workshops for young women. At Macalester, Zoe spent a semester studying in Amman, Jordan, and returned the following summer to research the international and local community’s response to the Syrian Civil War and subsequent humanitarian crisis. After graduating, Zoe was a legal assistant at the New Mexico Immigrant Law Center, where she worked with low-income New Mexicans apply for humanitarian visas and helped organize pro se DACA, citizenship, and asylum workshops. She also completed a solo bike ride on the Pan American highway across Colombia, Ecuador, and Peru. This summer for her Haywood Burns Fellowship, Zoe will be working at Al Otro Lado, where she will assist attorneys and organizers with Know Your Rights and Asylum presentations in Tijuana and an immigrant detention center. 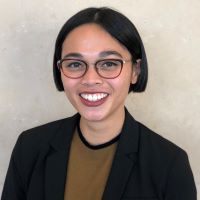 Christine Farolan is a 1L at Northeastern University School of Law and a proud daughter of Filipino immigrants. After graduating from Northwestern University with a degree in Social Policy, she completed an AmeriCorps year of service for the Legal Assistance Foundation. At LAF, she organized volunteer opportunities for attorneys and law students and assisted in management of a pro bono legal services clinic in Chicago’s Uptown neighborhood. In law school, she is a co-chair of the Asian Pacific American Law Students Association. She is also a member of the Criminal Law Project, with whom she has been researching campus police authority and misconduct. Christine hopes to use her career to further criminal legal reform and is excited to work with the Chicago Community Bond Fund as a Haywood Burns fellow. 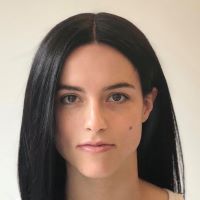 Luna Garzón-Montano is a 1L at Fordham University School of Law where she is a Stein Scholar in Public Interest Law and Ethics and a board member of the Fordham Law Defenders. After graduating from Vassar College in 2014, Luna worked in public criminal defense for four years. She spent a year-and-a-half at Center for Appellate Litigation where she did parole advocacy work, addressed issues surrounding clients’ conditions of confinement, assisted in the drafting of Drug Law Resentencing Act motions seeking reductions for clients with Rockefeller-era drug sentences, and interviewed clients for the Sex Trafficking pilot project, which aimed to vacate prostitution and related convictions where clients had been trafficked. She then spent two-and-a-half years at Federal Defenders of New York working with men sentenced to death in federal court appealing their convictions and sentences. This summer, Luna will intern at Southern Center for Human Rights in Atlanta, Georgia.

Florence Otaigbe is a third year law student at CUNY School of Law. She is a Black Nigerian Mississippian who has been in New York for two and half years. For Spring 2019, she is interning at the Center for Constitutional Rights. She served as co-director of the CUNY NLG chapter during her second year of school. She’s also been involved with the Black Law Students Association and International Refugee Assistance Project. For her first two years of law school, she was pursuing her law degree while working as a Paralegal Casehandler at The Legal Aid Society in the Housing unit where she played a role in keeping low-income tenants in their apartments. Prior to law school, Florence graduated from Michigan State University with a Bachelor of Arts in International Relations with minors in French and African Studies. During that time, she interned at St. Vincent Catholic Charities in the Refugee Services department and volunteered at the Refugee Development Center. As a Haywood Burns Fellow, Florence will be working at The Door in the immigration department assisting Black and Brown, LGBTQ+, and/or undocumented youth with applying for various forms of relief- particularly Special Immigrant Juvenile status.

Support the next generation of people’s lawyers by donating now! www.nlg.org/donate/haywoodburns