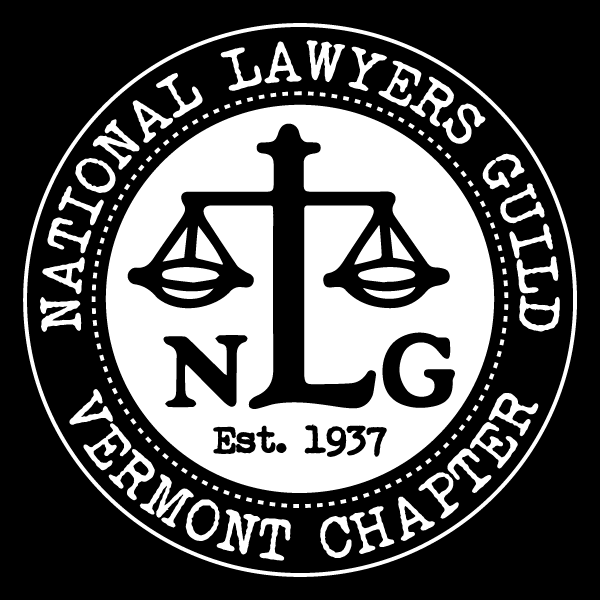 Burlington, VT— Eight Burlington residents represented by attorneys with the Vermont Chapter of the National Lawyers Guild (NLG) filed a lawsuit yesterday against the City of Burlington to stop the demolition of City Hall Park. These residents were among over 3,300 signatories of a petition to insert an article on the Town Meeting Day ballot advising the Mayor and City Council to cancel the City Hall Park renovation plan. City Council has since voted to refuse to put this question on the ballot.

“Skimming funding from properly approved purposes in order to privatize a cherished public space, circumventing the required voter approval – this is exactly the type of consolidating power we must guard against vigilantly if we want our government to be accountable to our best interests,” said Kira Kelley, chair of the Vermont NLG and one of the attorneys that drafted the complaint.

The complaint and a supporting motion for a preliminary injunction allege that City officials have violated the Burlington Charter in two ways: (1) pledging City credit without first submitting the purpose of those bonds to the voters for approval, and (2) refusing to put a validly petitioned article on the Town Meeting Day Ballot that addresses a matter within the voters’ authority to decide.

“The Burlington City Charter requires City Council to seek voter permission before pledging City credit or acquiring bonds,” the complaint reads. “City Council has gone rogue, and is rushing to complete a project that it lacked the authority to approve in the first place. Circumventing its obligation to submit the true purpose for the $4 million City Park overhaul to a vote, the Council seeks to cheat the Plaintiffs and the entire city out of their rightful role in town governance.”

The lawsuit asks the Chittenden Superior Court to revisit a recent Vermont Supreme Court decision, Skiff v. South Burlington School District: “The standard in Skiff prohibits a school board or City Council from omitting an article from the ballot unless the petitioned item meets two criteria: the item must be (1) advisory and (2) beyond the authority of the electorate to decide.” The motion argues that since “the matter of bonds and their purpose are fully within the electorate’s authority … Burlington City Council lacks discretion to omit this petitioned question from the ballot.”