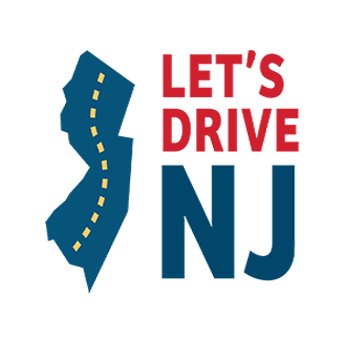 The DE-NJ NLG calls on Assembly Speaker Coughlin to post the bills A4743/S3229 for a vote now to expand access to driver’s licenses to all qualified NJ residents.

Too often, otherwise qualified drivers face barriers to obtaining a license.  Vulnerable populations such as undocumented immigrants, formerly incarcerated people, survivors of domestic violence, transgender individuals, and senior citizens are disproportionately impacted.  Twelve states and Washington, D.C. have expanded access to driver’s licenses to qualified drivers, regardless of immigration status.  With the introduction of A4743/S3229, New Jersey is poised to join these states.

FAILURE TO EXPAND ACCESS TO NJ DRIVER’S LICENSES PLACES UNDOCUMENTED IMMIGRANTS AND THEIR FAMILIES AT RISK.

Tatiana Durbak, an immigration attorney who has worked in NJ for the last 17 years and Chairs the DE-NJ NLG Immigration Rights Committee, says that undocumented immigrants’ lack of access to driver’s licenses in New Jersey places entire families at risk:  “Access to driver’s licenses is vital to the safety and well-being of immigrant families in New Jersey.  In New Jersey, well over 150,000 US citizen children have at least one parent who is undocumented.  Driving without a license is a primary entry point into ICE’s detention and deportation pipeline.  Nearly half of the arrests ICE made in 2018 were due to traffic-related offenses. The numerous US citizen children with an undocumented parent are thus at far greater risk of losing a parent to deportation.  In addition, immigration status should not impact individuals’ ability to pick up their children from school, to drive them to doctors’ appointments, or to buy groceries for their families.  Our children’s well-being depends on their parents’ ability to apply for a valid driver’s license.  Now, New Jersey can make sure that all residents, regardless of immigration status, are able to access a driver’s licenses by passing bills A4743/S3229.”

FAILURE TO EXPAND ACCESS TO NJ DRIVER’S LICENSES ENDANGERS OTHER MARGINALIZED COMMUNITIES, SUCH AS VICTIMS OF DOMESTIC VIOLENCE.

Stanley Holdorf, co-chair of the Delaware-New Jersey NLG, believes that the Let’s Drive NJ campaign, and the state legislation it endorses, are crucially important for victims of family violence, who are so often failed by the court system:  “For the last 15 years, I have worked extensively with victims of family violence.  I have also researched the family court system’s treatment of litigants who allege domestic violence (spousal, intimate partner, and/or child abuse), analyzing and presenting data findings from legal observations of hundreds of family court cases in several states.  I know from this work – and from the frequent requests for assistance the Delaware-New Jersey NLG receives from victims of domestic violence – that 1 in 4 women and 1 in 9 men in this country experience severe intimate partner physical violence, intimate partner sexual violence, and/or intimate partner stalking with impacts such as injury, fearfulness, post-traumatic stress disorder, and use of victim services.  One in three female murder victims and one in twenty male murder victims in the United States are killed by intimate partners. Victims of family violence and stalking sometimes need to relocate to stay safe.  Biometrics and widely integrated databases force these victims underground and threaten to further marginalize them in a society that already fails to provide them ample legal protections.  A driver’s license and identification alternative that is independent of REAL-ID would empower victims of stalking and family violence to live out in the light of day by mitigating their reasonable fear of being located and suffering further harm as a result.”

THE REAL-ID LICENSE HAS PRIVACY IMPLICATIONS FOR ALL NEW JERSEY RESIDENTS.

Sally Gellert, a member of the Delaware-New Jersey NLG’s working group on universal representation for immigrants detained in New Jersey said, “A4743/S3229 would not only allow residents unable to prove lawful presence in the U.S. to receive NJ driver’s licenses or identification cards.  A4743/S3229 would also help people like me, who may be documented immigrants or citizens, but oppose the increasing use of biometrics, the expansion of linked databases, and the extension of the Department of Homeland Security’s already vast powers, which arguably undermine civil liberties and increase risks of identity theft.  The REAL-ID license is akin to a national identification card, which raises very serious concerns about individuals’ rights to privacy and amounts to a federal takeover of the issuance of driving credentials, which has historically been the exclusive purview of the states.  New Jersey residents deserve a viable alternative to compulsory REAL-ID participation.”

PASSAGE OF A4743/S3229 WOULD INCREASE PUBLIC SAFETY AND CONFER ECONOMIC BENEFITS FOR ALL NEW JERSEYANS.

The experiences of states with similar laws – which increased the percentage of drivers who have learned state traffic laws, passed a driving test, and become eligible for driver’s insurance policies – demonstrate convincingly that passage of A4743/S3229 will likely reduce the number of traffic accidents on New Jersey roads.  There is a compelling public safety argument to be made for allowing undocumented residents to obtain driver’s licenses.

New Jersey would realize an estimated $209 million in new insurance payments from passage of A4743/S3229.[1]  The Garden State has the nation’s most expensive automobile insurance, with an average cost of $1,184 that greatly exceeds the national average of $797.[2]  A larger pool of licensed and insured motorists would likely help to lower costs to car insurance providers and allow for reduced car insurance premiums for drivers across the state.

ECONOMIC BENEFITS FOR ALL NEW JERSEYANS

Allowing all New Jerseyans, regardless of status, to drive legally would help New Jersey’s economy by increasing state revenues.  New Jersey could expect to generate over $9 million in new revenue from the licensing fees paid by newly eligible applicants.

Expanding the number of New Jersey residents who have access to independent transportation, without fear of detention for driving without a license, would create a new pool of state residents who are able increase their purchasing power through access to better-paying jobs, which would, in turn, stimulate local economies.

The DE-NJ NLG implores the NJ Governor and legislators not to leave New Jersey’s most marginalized communities behind, and calls on Assembly Speaker Coughlin to post the bills A4743/S3229 for a vote now to expand access to driver’s licenses to all qualified residents.  Undocumented immigrants, formerly incarcerated individuals, victims of violence, and champions of civil liberties and individuals’ rights to privacy need expanded access to driver’s licenses and an alternative to REAL-ID