The NLG National Office is pleased to introduce our 2020 Haywood Burns Fellowship recipients! The Fellowships sponsor law students and legal workers to spend the summer working for public interest organizations across the country in order to build their legal skills , strengthen their long-term commitment to social justice, and provide much-needed legal support to under-served communities. This initial exposure to progressive lawyering is often the single most significant event that influences a person’s decision to become a people’s lawyer.

The Haywood Burns Memorial Fellowship for Social and Economic Justice has its roots in the Guild’s established tradition of providing legal, political, and educational support to the important progressive movements of the day.This year we will send five aspiring people’s lawyers to work on projects focusing on economic justice, immigrant justice, racial justice, human rights, and prison law reform. Our fellows will be working at social justice organizations in Atlanta, Miami, St. Louis, and NYC.

Your contribution to this important fellowship will make all the difference for new legal practitioners to engage in social justice lawyering this summer and throughout their careers. Your financial support—which provided 100% of the project income in 2019—is essential to the program. Please make a donation today!

Join me in congratulating our 2020 Fellows! 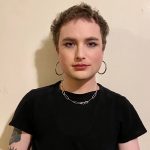 Talia Curtis is a 2L at the City University of New York School of Law, where she serves as Co-Director of CUNY Law’s National Lawyers Guild chapter, and is a member of the CUNY Labor Coalition for Workers Rights and Economic Justice. During her time at CUNY School of Law, she has organized or helped organize legal observer and information security trainings, as well as a solidarity fundraiser for striking hotel workers in Boston. Since January 2019, she has been a legal assistant at the progressive labor and employment law firm, Eisner & Dictor, P.C., where she assists with union matters as well as wage and hour litigation on behalf of workers. Before attending law school, she was a member of the Graduate Workers of Columbia-UAW Local 2110, and later a staff organizer for UAW, where she helped organize a historic graduate worker strike in the spring of 2018. She has also held elected leadership positions in the New York City chapter of the Democratic Socialists of America, where she organized trainings, actions, campaigns, and helped build coalitions with other local leftwing, progressive, community, and labor organizations. The Haywood Burns Fellowship will help support Talia at her internship with the Legal Aid Society’s Consumer Law Project this summer, where she will assist the Project in defending low-income debtors from unscrupulous debt collectors and creditors, as well as affirmative consumer law litigation, community outreach and education, and legislative advocacy and policy research around consumer finance and economic justice. 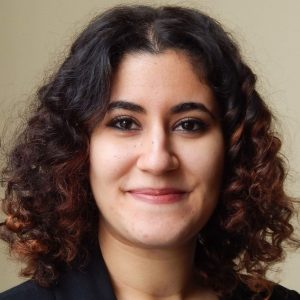 Menna Elsayed grew up in the Bronx, NY and Cairo, Egypt. She is currently a 1L at UCLA School of Law, where she is enrolled in both the David J. Epstein Public Interest Law & Policy Program and the Critical Race Studies Program. She volunteers with the Reentry Clinic and the Let’s Go Liberation! Clinic. As an undergraduate at Columbia University, she studied Sociology and French & Francophone Studies. Prior to law school, she was a Justice Fellow at the Equal Justice Initiative in Montgomery, Alabama, where she primarily worked in operations for The Legacy Museum: From Enslavement to Mass Incarceration and The National Memorial for Peace and Justice, which is dedicated to victims of racial terror lynchings. As a Haywood Burns Fellow, Menna will intern in Atlanta, Georgia at the Southern Center for Human Rights, which advocates for people impacted by the criminal legal system in the Deep South. 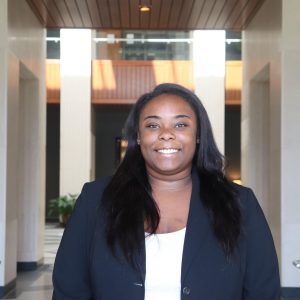 Breonna Grant is native of Miami, Florida. However, she attended high school in Atlanta, GA and considers the peach state her home away from home. Breonna holds a degree in English and Educational Studies with a concentration in Creative Writing from Denison University located in Granville, OH. After spending six months abroad in Bath, England Breonna returned to the US and attended law school. Currently, Breonna is a second year student at the University of Mississippi School of Law, where she focuses on public interest law and various types of civil litigation. Breonna has served as a community revitalization specialist in New Albany, MS where she partnered with the New Albany Mainstreet Association and New Albany Boys and Girls Club to bring about positive communal outcomes. In addition to M-Partner, Breonna has worked for The Hickman and Fondren PLLC and The Fogle Law firm as a legal associate. She is an active member at her law school serving as the PILF vice president, BLSA parliamentarian, Pro bono initiative student coordinator, Phi Alpha Delta Member, and a team member on the BLSA Moot Court as well and Space Law Moot Court. Breonna recently published an article titled “Common Cause v. Lewis: Partisan Gerrymandering Claim Held Justiciable Controversy Under North Carolina Constitution” in the ABA volume 33 alongside esteemed law professor Ben Griffith, Esq, and is currently serving underrepresented parties through her school’s Street Law Clinic. This summer, Breonna will work with The Florida Justice Institute in attempts to combat harsh prison practices and advocate for underserved inner city communities. Breonna believes that, “ everything negative: pressure, challenges – is all an opportunity to rise” (Kobe Bryant).  Upon graduation, Breonna will return to her hometown of Miami, Florida and serve as an impact litigator providing legal access to underserved persons. 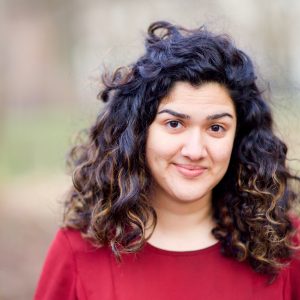 Sacha Maniar is currently a 2L at CUNY School of Law. She is a South Asian American born and raised in the Bay Area and has been living in New York for the last two years. Sacha is passionate about building community and solidarity within the South Asian communities and with all impacted POC and immigrant communities. Before coming to law school, Sacha was working at AAAJ- Asian Law Caucus in San Francisco in their National Security Civil Rights Project. There, she advocated for the rights of Muslim communities impacted by unjust surveillance and immigration policies. She worked alongside local community racial justice groups through large scale actions, Know Your Rights, and pushed local policies in Oakland and San Francisco. Before that, she lived in a small community in Falewas Parbat, Nepal for two years, where she worked with local women’s groups on health, gender and caste justice issues. Sacha currently is involved with numerous student groups at CUNY Law including the International Refugee Assistance Project (IRAP) and Asia Pacific Legal Student Association (APALSA). She organized the Race and Social Justice Orientation (RSJO) over the summer of 2019. Sacha also volunteers with Adhikaar as an ESL teacher and at CUNY CLEAR (Creating Law Enforcement Accountability and Responsibility). As a Hayward Burns Fellow, Sacha will be working at Take Root Justice in their Immigrant Rights Project. 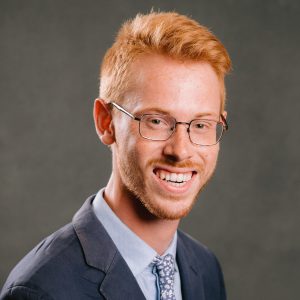 Jesse Vogel is a first year law student at Ohio State University Moritz College of Law, where he is a Michael E. Moritz Merit Scholar. He is a member of the Public Interest Law Foundation Executive Board and the Program on Law and Leadership, as well as a founding member of OSU-Moritz’s NLG student chapter. Prior to law school, Jesse was Managing Director at the Partnership for Responsible Growth, a climate and environmental advocacy organization, where he organized listening sessions in Central Appalachia to build a stronger network of communication between organizations on the front lines of energy transition and national environmental nonprofits including National Wildlife Federation, Union of Concerned Scientists, and Resources for the Future. Jesse also has experience working on state, federal, and local elections, including as a board member of Launch Progress, a political action committee building the bench of progressive leadership by supporting first-time candidates for state and local office. As a Haywood Burns Fellow, Jesse will be working at Arch City Defenders, a holistic legal advocacy organization combating the criminalization of poverty and state violence.