The National Lawyers Guild National Office is thrilled to announce our 2017 Haywood Burns Fellowship for Social and Economic Justice recipients. ​​​​​​​For over four decades the National Lawyers Guild has been funding the summer work of law students and legal workers who are committed to social justice lawyering. Inspired by former NLG president and committed movement lawyer, the late Haywood Burns, this fellowship continues to be one of the only ways the next generation of people’s lawyers can afford to gain experience and sustain a career in public interest law.

Make a donation to support the next generation of people’s lawyers here.

Make a tax-deductible donation of $100 or more to the NLG Foundation here. 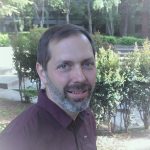 Steven DeCaprio is an Arab-American who moved to Oakland, California 20 years ago from the deep South to find community and pursue his passion for music. In 2000 he became homeless during the Dot Com Boom. After struggling with years of homelessness, Steven DeCaprio founded Land Action to create a framework to address homelessness and displacement through mutual aid among others struggling with housing insecurity. He is an expert in occupying, improving, and repurposing abandoned properties. Steven completed the Law Office Study Program and passed the California State Bar Exam thus fulfilling all the educational requirements to practice law in California. However, the California State Bar denied his application citing his former homelessness and housing advocacy as grounds to determine that he lacked sufficient “moral character.” Steven is a co-founder of the Association of Legal Apprentices which was formed to create a framework for mutual aid supporting apprentices complete the Law Office Study Program, advocate for alumni within the legal field, and make the Law Office Study Program more accessible. Currently, he is being charged with conspiracy by the Alameda County District Attorney’s Office in response to his efforts assisting homeless community members occupy abandoned properties. He is the principle author of the Emergency Tenant Protection Ordinance—citizen sponsored legislation currently being considered by the City of Oakland which addresses issues of displacement of marginalized people in the wake of the Ghost Ship fire. Steven was featured in the film “Shelter: a Squatumentary,” has been featured in numerous publications, and was named one of 12 Visionaries of 2012 by the Utne Reader. As a Haywood Burns Fellow, Steven will be working with the Legal Apprentice Committee of SF NLG Chapter. 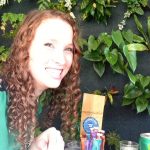 Elizabeth Horton is a 2L at Boston College Law School. She is the Co-President of BCLS’ NLG chapter and is also an active board member of the Law Students Association, Middle Eastern Students Association, and If/When/How. She graduated from Harvard College in 2013. For her Senior Project, Elizabeth extensively researched and designed a study evaluating the impact of implicit bias on jury decision-making. During undergrad, Elizabeth was also the Co-Director of a peer mental health counseling service. After college, Elizabeth was awarded the Augustus Clifford Tower Fellowship and earned her Master’s degree in France at  L’Institut d’études politiques de Paris (Sciences Po).  While working on her Master’s degree, Elizabeth presented original research at the Humanitarian Innovation Conference held at Oxford University. In addition, she had the opportunity to intern at the State Department and in the UN Security Counsel with the International Coalition for the Responsibility to Protect. During her 1L summer, Elizabeth worked in Washington, D.C. at the U.S. Attorney’s Office in the Special Proceedings Division. This Spring, she externed at Committee for Public Counsel Services working with clients as they navigated the criminal justice system. Elizabeth is interested in reforming the criminal justice system through the creation of alternatives to incarceration and increasing access to social services. This summer, Elizabeth will be a Martin Luther King, Jr. Intern at Legal Aid of North Carolina and work in a medical-legal partnership. She would like to thank the National Lawyers Guild and the Haywood Burns Fellowship for all their support. 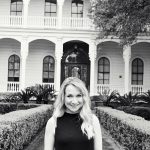 Morgan Moone is an anticipatory 2017 graduate of Loyola University New Orleans College of Law and a 2014 University of Dayton graduate. She also studied in Nicosia, Cyprus and Ifrane, Morocco during her undergraduate career. Primarily focused on human rights in the Eastern Mediterranean, Morgan has spent extensive time studying how conflict impacts vulnerable communities, particularly displaced persons. Morgan is an Assistant Editor on the Eyes on the International Criminal Court Law Journal, a member of the Maritime Law Journal, and a student practitioner under Rule XX of the Louisiana Code in Loyola’s Children’s Rights Law Clinic. Morgan has worked with Amnesty International’s Individuals and Communities at Risk division as a summer intern, spent a summer working with U.S. Human Rights Network with support and funding from Loyola’s Gillis Long Poverty Law Center, and remotely interned with Human Rights Watch in their National Security division as a legal researcher for the December 2015 Publication No More Excuses. Morgan spent the summer of 2016 with Hebron Rehabilitation Committee in Hebron, Palestine, where she drafted UN Complaints on human rights violations in Hebron, submitted grant proposals for restoration and renovation projects to combat Hebron’s economic decline, and provided tours of the bifurcated Old City of Hebron. With the support of the Haywood Burns Fellowship and Refugee Solidarity Network, Morgan will be working with Refugee Rights Turkey, providing legal services to refugees and working to promote a rights-based response to humanitarian crises. 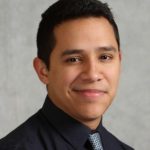 Kevin Rafael Varela (Rafael) is a second-year student at CUNY School of Law. He currently serves as President of the Latin American Law Student Association at CUNY, as a Fellow for the CUNY Law Center for Latina and Latino Rights and Equality (CLORE), and as a member of the CUNY Law Review. Prior to law school, Rafael worked as a Board of Immigration Appeals representative for the deportation defense unit at Brooklyn Defender Services and as a legal assistant at Make the Road New York, an immigrants’ rights community based organization. Rafael studied Political Science, Latin American studies, and Women’s Studies at the University of Central Florida. He lives in Queens with his two cats Dennis and Sneakers. This coming summer, he will work with the NAACP Legal Defense and Educational Fund on matters concerning economic justice, political participation, education reform, and criminal justice. 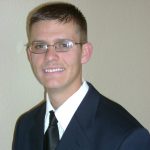 Hunter Lee Weeks is a 26-year-old freelance paralegal who got his start with the National Lawyers Guild in December 2011 while he was incarcerated. He quickly became skilled at law and began his career as a jailhouse lawyer in April 2013. He received his Certificate of Paralegal Studies in February 2015; is now released, and is pursuing a paralegal career in the community at large. He can be contacted at 719-422-3499. As a Haywood Burns Fellow, Hunter will be writing a report on the current state of prison law reform.