Announcing the 2020 Keynote Speaker and Honorees! To register, or for more information about the Convention, visit nlg.org/convention.

Keeanga-Yamahtta Taylor writes and speaks on Black politics, social movements, and racial inequality in the United States. ​She is author of Race for Profit: How Banks and the Real Estate Industry Undermined Black Homeownership, and From #BlackLivesMatter to Black Liberation. She is also editor of How We Get Free: Black Feminism and the Combahee River Collective.

Taylor is a contributing writer at The New Yorker. Her writing has appeared in the Los Angeles Times, Boston Review, Paris Review, Guardian, The Nation, Jacobin, and Souls: A Critical Journal of Black Politics, Culture, and Society, among others. She is a former Contributing Opinion Writer for The New York Times. Taylor is Assistant Professor of African American Studies at Princeton University.

The National Lawyers Guild Minnesota Chapter is honored to accept this award in recognition of the legal support we have provided to the people who have been in the streets pushing back against the police state in response to the brutal and tragic murder of George Floyd. We saw unprecedented police brutality and militarization in the Twin Cities, and yet the people were brave and resilient in their pursuit of justice. It has been a privilege to organize with and support the people of Minnesota through this fight towards justice and an end to this violent and racist police state. Justice for George Floyd.

Through her decades of activism and scholarship Angela Davis has been deeply involved in movements for social justice around the world. Her work as an educator has always emphasized the importance of building communities of struggle for economic, racial, and gender justice. Most recently, she spent fifteen years at the University of California Santa Cruz where she is now Distinguished Professor Emerita of History of Consciousness – an interdisciplinary Ph.D program – and of Feminist Studies. She is the author of ten books and has lectured throughout the United States and the world.  Angela Davis is a founding member of Critical Resistance, a national organization dedicated to the dismantling of the prison industrial complex. Internationally, she is affiliated with Sisters Inside, an abolitionist organization based in Queensland, Australia that works in solidarity with women in prison. Having helped to popularize the notion of a “prison industrial complex,” she now urges her audiences to think seriously about the future possibility of a world without prisons and to help forge a 21st century abolitionist movement.

After Sara’s father tested positive for HIV, Sara began organizing with ACT-UP and became involved in needle exchange and co-founded the Harm Reduction Coalition. As a co-founder of GenerationFIVE, Sara was part of developing transformative justice responses to child sexual abuse. She is a founder of the International Jewish Anti-Zionist Network and an anti-racist activist. Sara started participating in the NLG first as an activist, then as a Board member and now as Interim Executive Director of the NLG-San Francisco Bay Area chapter. Sara has relied on the NLG as a crucial resource in her thirty years of direct action and movement organizing.

Jeanne Mirer has been a Guild member since 1969, when she joined in her first year of law school. Over the past 50 years, Jeanne has worked closely with Massachusetts NLG, Michigan NLG, and NYC NLG. She has served as a co-chair of the NLG International Committee for many years and has been president of the International Association of Democratic Lawyers since 2009. Jeanne has extensively studied International Human Rights Law, and has published many articles on issues including Israeli aggression, torture and drones, and most recently, voting rights. In 2006, Jeanne and her husband moved back to New York City and she is now a labor lawyer in her law practice in the firm of Mirer, Mazzocchi and Julien.

Jodi Hill is a third-year law student at Loyola University New Orleans College of Law, where she served as the 2019 Vice-President of Loyola’s NLG Chapter. As Vice- President, Jodi organized student demand for a legal pedagogy that emphasized human rights rather than a singular focus on private property. Additionally, she galvanized student legal support for local immigration attorneys representing asylum seekers and detained immigrants in North Louisiana. Jodi spent the summer after her first year of law school clerking with the Louisiana Fair Housing Action Center, supporting the enforcement of the Fair Housing Act. She spent the summer after her second year of law school, clerking with the New Orleans Workers’ Center for Racial Justice, where she worked with organizers to develop strategies for challenging labor violations and building labor power. Jodi is a Louisiana native and is committed to leveraging her legal education towards advancing equity in the deep south.

Awarded by the NLG International Committee

Charlotte Kates is an activist and organizer who coordinates the work of the NLG International Committee, working together with the co-chairs, steering committee and membership of the committee to advance international justice and oppose U.S. imperialism. She is the international coordinator of Samidoun Palestinian Prisoner Solidarity Network and has organized delegations, actions, reports and articles that highlight the struggle for the liberation of Palestine and the Palestinian prisoners. She is also a member of Al-Awda, the Palestine Right to Return Coalition and the Organizing Collective of the US Campaign for the Academic and Cultural Boycott of Israel.

Awarded by National Immigration Project of the NLG (NIPNLG)

The UndocuBlack Network™️ is a multigenerational community of currently and formerly undocumented Black people. UndocuBlack™️ exists to work towards freedom for and promote understanding about what it means to be both Black and undocumented, to feel twice rejected by the country we call home. Fighting and creating space for currently and formerly undocumented Black immigrants to not only survive but thrive. UndocuBlack™️ has ushered in victory for Liberian TPS and DED communities, fight for DACA, public health and mental wellness as well as media and narratives, centering Black undocumented people.    Since the inception of the network, we have proven that organizing always wins; there is no power like people power.

Awarded by National Immigration Project of the NLG (NIPNLG)

Michael J. Wishnie is William O. Douglas Clinical Professor of Law and Counselor to the Dean at Yale Law School, where he co-directs the Worker & Immigrant Rights Advocacy Clinic. A graduate of Yale College and Yale Law School, Wishnie previously taught at NYU School of Law and served as a Skadden Fellow at the ACLU Immigrants’ Rights Project, staff attorney at The Legal Aid Society in Brooklyn, and law clerk to Judge H. Lee Sarokin and Associate Justices Harry Blackmun, retired, and Stephen Breyer. He served on the NIPNLG board in 2007-19. 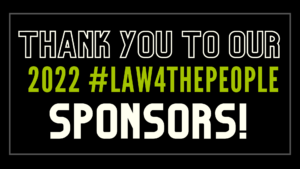 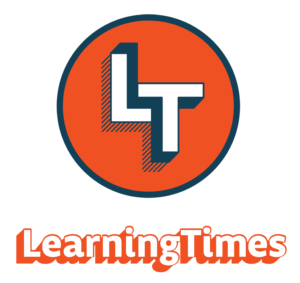