1. Defending Free Speech and the Right to Assemble 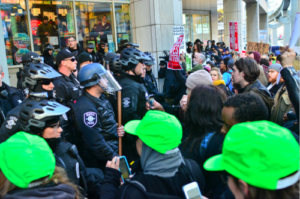 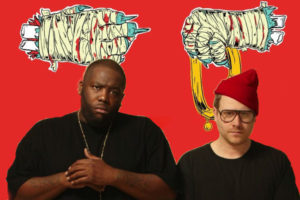 The NLG’s mass defense work caught the attention of recording artists engaged in the fight against racist police brutality. Acclaimed rap group Run the Jewels are donating remaining and future profits from their feline-inspired remix album“Meow the Jewels” to the NLG’s Mass Defense Committee (MDC) in addition to $40,000 in proceeds pledged to the families of Mike Brown and Eric Garner. Rolling Stone covered the story in October. 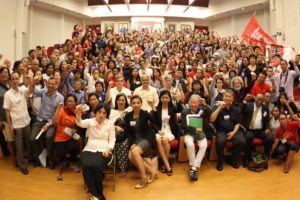 nvened the International People’s Tribunal and the International Tribunal of Conscience to bring awareness to human rights abuses committed by the Philippine and Mexican governments respectively, and hold them accountable. The tribunals brought together victims, witnesses, human rights defenders, peace and justice advocates, lawyers, jurists, academics, and political activists to put these governments, along with that of the U.S., on trial for grave crimes against humanity, finding them “guilty” in both cases, calling for specific actions for redress.

A delegation from the NLG International Committee traveled to Honduras in August 2015 to produce the film, ZEDEs: Neocolonialism and Land Grabbing in Honduras documenting the looming threat of the first semi-autonomous zones, known as Zones for Economic Development and Employment (ZEDEs), where control is ceded to foreign investors.

hed unique direct-services programs such as the Prisoner Advocacy Network out of the San Francisco Bay Area Chapter and continued efforts such as the Parole Preparation Project out of the NYC Chapter tomitigate the harms caused by the prison-industrial complex. The NLG Mass Incarceration Committee (MIC) submitted public comments to the Federal Communications Commission (FCC) suggesting recommendations to reform Inmate Call Services (ICS) to make phone communication more accessible to people in prison. We continued our collaboration with the Center for Constitutional Rights to provide the Jailhouse Lawyer’s Handbook for free to anyone: prisoners, families, friends, activists, lawyers and others.

6. Empowering the Next Generation of People’s Lawyers 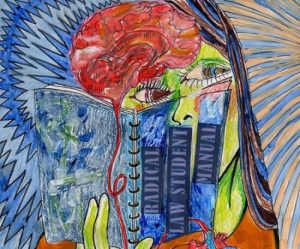 The Guild published the 10-chapter-long Radical Law Student Manual (RLSM), with original essays by NLG students, faculty, and attorneys, offering practical advice for students to maintain their ideals despite the many pressures of law school. The RLSM tackles topics such as rising tuition, student debt, the psychological effects of law school, and ways to begin a career in movement lawyering. The Guild also continued its Haywood Burns fellowship program, funding students and legal workers working on projects that find creative ways to use the law to advance justice.

7. Supporting the Struggle for Democracy in Haiti

NLG and the International Association of Democratic Lawyers (IADL) international election observers authored a report on Haiti’s October 25 presidential and legislative elections, which concluded the elections fell far short of minimum standards for fair elections, and called for an independent investigation to address rampant allegations of fraud. Drawing widespread attention, the report was widely circulated and cited by mainstream media outlets including the New York Times, Miami Herald, The New Yorker, and the Associated Press.

8. Supporting Student-Led Activism in the Movement for Black Lives 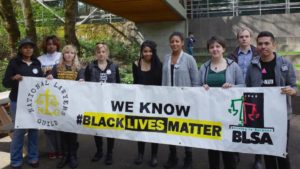 hapters led a national day of action in solidarity with the Black Lives Matter Movement against racist police violence and white supremacy. NLG Students coordinated with other student and local groups to disrupt business as usual and call attention to the racist legal system which criminalizes and oppresses people of color. 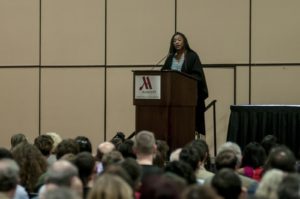 At the Law for the People Convention in Oakland, CA, more than 700 NLG lawyers, legal workers, law students, allies and activists gathered to celebrate victories, honor our awardees, and strategize for the struggles ahead. Alicia Garza delivered a powerful keynote address on the origins of Black Lives Matter, dismantling structural racism, and the role of legal activism in the movement. 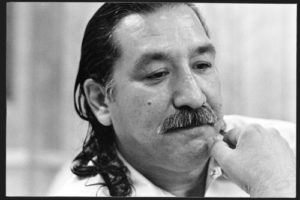 Join the Guild and/or make a year-end contribution to the NLG today to support and help expand our efforts in 2016—and beyond!