By David Gespass, NLG Past President 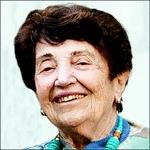 I recall David Rein who, with his partner, Joe Forer, defended hundreds of Communist Party members during the 1950s, saying that the McCarthy era was the time the United States came closest to fascism. It required unusual determination and courage to stand up and resist during those times. The National Lawyers Guild was almost obliterated, as thousands of members left rather than be tied to what was derided by the government as “the legal arm of the Communist Party.” When I joined during my last year of law school in 1969, the Guild had only three members left in Washington, DC. Two, of course, were David and Joe. The third was Selma Samols, who died January 7 at the age of 103.

It is both fitting and sad that Selma died on the heels of Donald Trump’s inauguration. She distinguished herself as a stalwart during the McCarthy years when the United States was threatened with the loss of whatever democracy we had. It would have been nice had she died at a time of greater hope, but she left us as we confront what is certainly the greatest threat to civil rights and liberties since those dark days. Her example, and the fact she survived and continued to fight, should and must give us hope that we will overcome the Trump administration just as she and her comrades defeated McCarthyism.

My most distinct memory of Selma was a discussion with her and another friend of mine from our law school Guild chapter. We were discussing what was then the “New Left” and Selma argued that resistance required some ideology. John said he hoped that we would develop our own. I have thought of that exchange often over the years, because I think both were right. On the one hand, changing times demand new ideas and new remedies for the ills they confront, even if the ills themselves are not new. On the other, those new ideas cannot be made of whole cloth but must be based on the accumulated experience of people in struggle over the centuries. It is perhaps the arrogance and inexperience of youth that engenders their belief that they can find answers to difficult problems without reference to what those who have gone before have said and done. And it is perhaps the stodginess and impatience of elders that impedes their adapting to new challenges and new forms of struggle and distinct ways to look even at old challenges. I shall always be grateful to those, like David, Joe and Selma, who did not abandon the Guild and its young members, even as we (I was young then) rejected much of how they approached the practice of law and took over the organization. In no small part, the Guild survived because of those who stayed, not just through the McCarthy years, but through the internal upheaval of its revival in the late 1960s and early 70s. Over the years, the disagreements and conflicts developed into mutual respect and the Guild was stronger for it.

Selma exemplified the Guild that Paul Harris, a past president, discussed in the film, Justice Is a Constant Struggle, which recounts our history. He spoke of the Guild’s dedication and persistence, saying, “If we win today, we’ll be back tomorrow. If we lose today, we’ll be back tomorrow.” Perhaps Selma’s most famous case was that of the Fort Hood Three, young draftees who, in 1966, refused to deploy to Vietnam, asserting the war was “illegal, immoral and unjust.” They were court martialed and sentenced to three years confinement and dishonorable discharges for their very honorable stand.

Selma, along with Stanley Faulkner, fought to enjoin the court martial by suing then-Defense Secretary, Robert McNamara. They lost in the district court, but were back in the court of appeals. They lost there and were back in the Supreme Court. Certiorari was denied though two justices, Potter Stewart and William Douglas, voted to review four questions: (1) was US activity in Vietnam a war under US Const, Art I, ‘8, cl 11; (2) If so, could the President order soldiers to war without declaration by Congress; (3) What about US treaty obligations; and (4) Re Tonkin Bay ResolutionCdid US military operations fall within it; did it delegate power to President unconstitutionally?

In 1966, opposition to the Vietnam War was only beginning, but neither Selma nor the Guild went away over the next few years. By the end of the decade, hundreds of thousands were demonstrating against the war, the Guild was assisting resisters and conscientious objectors across the country and around the world and the Johnson presidency was doomed. The Fort Hood 3 may have been ahead of their time, but they blazed a trail that others followed. Selma’s advocacy may not have won for her clients, but it was one of the things that laid the groundwork for the Guild’s Military Law Office, for the War Powers Act and for the historic victory of the Vietnamese people over U.S. imperialism. Indeed, it curtailed US military adventures for a generation.

Fred Shuttlesworth and Martin Luther King, Jr. are recognized as the principal leaders of the Civil Rights Movement in Birmingham, but it is also universally recognized that the movers and shakers—those who really won the victories—were the so-called “Foot Soldiers,” the hundreds of youth who left school to march and demonstrate, who faced fire hoses, dogs and arrest in the cause of equal rights. In Kelly-Ingram Park, across from the Birmingham Civil Rights Institute and the 16th Street Baptist Church, is a sculpture dedicated to those heroic youth, depicting a police officer holding a cowering young African-American with one hand and a growling German shepherd with bared teeth in the other. It is a lesson of history that is too often forgotten that great leaders do not make change by themselves: only when masses are mobilized does change occur. Similarly, the Guild is not, and has never been, a force for change far out of proportion to its size just because of our famous, and justly honored, members and leaders. The Guild, too, has always had its foot soldiers, the rank-and-file members working day in and day out in the trenches to make the slogan that “human rights be regarded as more sacred than property interests” a reality. Selma was one of those foot soldiers. I was fortunate to have known her and the Guild was more fortunate to have had her as a member for many decades and, most especially, that grim decade when we approached fascism.

I learned from her son after I wrote this piece that Selma’s was in Cleveland with her grandchildren and great grandchildren between Christmas and New Year’s and her last activity was going with her grand kids to the casino, where she returned a winner. That is her final lesson for the Guild. The end of her life is an appropriate analog for us as well. If we keep coming back long enough, we—and the people we serve—will ultimately win.