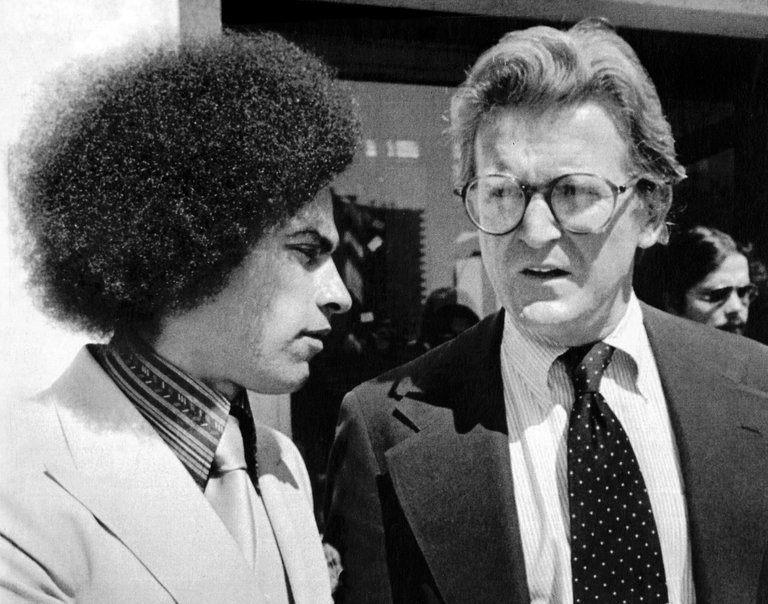 Michael Kennedy, a member of the NLG San Francisco Bay Area and New York City Chapters, died in January at the age of 78. Kennedy represented movement clients in major cases and was known as an indomitable fighter for justice and a combative and creative strategist on the side of the “underdogs and pariahs.”

A list of his best-known clients and battles spans a 50-year history of struggle: he represented California farmworkers protesting exorbitant rents and Black Panther Party founder Huey Newton. In 1968, he was thrown out of a congressional hearing on the demonstrations during the Democratic National Convention in Chicago; the following year, representing Rennie Davis, he was held in contempt by Judge Julius J. Hoffman for failure to appear at the conspiracy trial of eight leaders of those demonstrations.  In 1969, he was on the defense team of Los Siete de la Raza, seven Latino youth who won acquittal on charges of murder of a police officer.

He also represented the late Gus Reichbach and me as Columbia Law students charged with violating campus rules in demonstrating against the school’s racism and complicity with the Vietnam War effort. In the 1970s in New York, as staff counsel for the National Emergency Civil Liberties Committee, he represented conscientious objectors, draft resisters and deserters at the height of the Vietnam War. In 1980 he stood with Bernardine Dohrn, the NLG’s first national student organizer, when she turned herself in after 11 years underground; he later won her freedom after almost a year  imprisonment for refusal to testify before a grand jury.

In his preferred legal strategy, Kennedy perfected turning the tables on the prosecution and putting the government on trial.  His 1982 role in the defense team for five Irish-Americans charged with arming the Provisional Irish Republican Army stands as an object lesson. “Michael was our lead lawyer, tactician and strategist,” eulogized co-counsel, William Mogulescu. One of the accused made his own opening statement, at Kennedy’s insistence, acknowledging that he had sent arms to the I.R.A. for 20 years in support of Irish independence.  The defense proposition that those on trial reasonably believed that they were working on behalf of the CIA was supported by testimony of an Agency veteran, and proved persuasive to the jury, who acquitted after Kennedy’s passionate closing history of the English domination of Ireland.

Fierce in his resistance to oppression and persecution, Michael was unfailing in his loyalty and generosity to his wife Eleanora, beloved children and grandchildren and extended family of outlaws, artists, rebels and nonconformists. As his long-time co-counsel Michael Tigar summed up: “War resisters in Puerto Rico, artists of the pornographic genre, Los Siete de la Raza, Black Panthers, rebels and dissenters of all kinds. Michael could tell their stories because he was and remained a rebel. More than a rebel – a rogue… Compañero Michael Kennedy, presente! Ahora y siempre”.

Posted in News and tagged Black Panther Party, In Memoriam.