The NLG National Office is pleased to introduce our 2021 Haywood Burns Fellowship recipients! The Fellowships sponsor law students and legal workers to spend the summer working for public interest organizations across the country in order to build their legal skills , strengthen their long-term commitment to social justice, and provide much-needed legal support to under-served communities. This initial exposure to progressive lawyering is often the single most significant event that influences a person’s decision to become a people’s lawyer.

This year we will send five aspiring people’s lawyers to work on projects focusing on racial justice, immigrant justice, eviction defense, police violence, prison law reform, and the opioid epidemic. Our fellows will be working at social justice organizations including the Advancement Project, the People’s Law Office, Communities Resist, AppalRed, and Project South.

Your contribution to this important fellowship will make all the difference for new legal practitioners to engage in social justice lawyering this summer and throughout their careers. Your financial support—which provides 100% of the project income—is essential to the program. Please make a donation today! 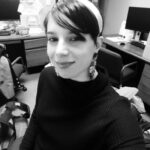 Xena Sofia Hinson is currently a 2L at American University Washington College of Law (WCL), a Dean’s Merit Scholar, and a former Dean’s Fellow in the Re-entry Clinic. She is a trained legal observer through the NLG, a pre-law mentor to students from underrepresented groups, and an executive board member of WCL Criminal Law Society. Xena is a former People’s Justice Fellow through the COVID-19 Rapid Response + Summer Institute at Harvard Law and a trainee of the Movement Law Lab. In support of the NLG Mass Incarceration Committee, she drafted a UN claim on the human rights violations of individuals incarcerated in US prisons during COVID-19. Xena has also provided jail support to medically vulnerable human beings and assisted clients facing parole hearings during the pandemic. Before law school, she served as a Re-entry Community Mediator and Americorps member facilitating collaborative conflict resolution in Baltimore City correctional facilities between men in custody and their loved ones. Xena has also advocated for the rights of returning citizens working in the food service industry in the SF Bay Area where she grew up. She is passionate about prison abolition and dedicated to amplifying the voices of justice-impacted individuals. Xena believes in the power of leveraging art and the law to create social change. As a Haywood Burns Fellow, she will be working with Advancement Project, a non-profit organization using innovative tools and strategies to strengthen social movements. 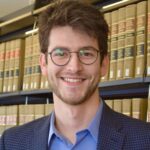 Julian Montijo is a second-year student and Public Interest Law Scholar at Northeastern University School of Law. Before beginning his graduate studies, Julian worked as a paralegal in the Family Defense Practice at Brooklyn Defender Services assisting in the representation of individuals facing accusations of child neglect and abuse in family court. In this role, he worked extensively with parents advocating to clear their names from child abuse registries to expand employment opportunities and support their families. While in NYC, Julian volunteered with the NY People’s Education Initiative, teaching extracurricular classes to students incarcerated on Rikers Island. His current academic interest is in prison ecology, abolition, and critical legal studies. As a Haywood Burns Fellow, Julian will work with the People’s Law Office in Chicago on criminal and civil rights cases challenging anti-Black police violence and wrongful convictions, seeking relief and accountability for survivors of police torture. Julian is a 2015 graduate of Cornell University with a degree in Comparative Literature and Economics. Jackie Park is a 2L at UCLA School of Law on the traditional, ancestral, and unceded territory of the Gabrielino/Tongva peoples.  Jackie is specializing in Critical Race Studies and Public Interest Law and Policy.  Jackie holds a B.A. in Gender, Sexuality, and Feminist Studies from Middlebury College.  While they are not proud of the embarrassingly elite education that follows their resumé, Jackie is proud that they have always found community to study together and place interpersonal struggles into a historical context, realizing in time that Black folks, Indigenous folks, and other folks of color were always at the forefront of movements. During their time at UCLA, Jackie is involved in multitude of organizations like Tenants Law Association, Queer/Trans People of Color Collective, Asian/Pacific Islander Law Student Association, NLG-UCLA, UCLA Law Review, and Housing Committee of NLG-LA. Prior to law school while working at legal aid, Jackie found interest in tenant and housing rights where they saw the only attorneys who were running around the office were the eviction defense attorneys (and also because Jackie saw how safe housing or the lack thereof impacted every tenet of people’s lives). As a Haywood Burns Fellow, Jackie will intern at Communities Resist in unceded territories of the Lenape people/NYC, partnering with communities of color in Brooklyn and Queens to combat racial capitalism and gentrification that terrorizes Black and Brown tenants.  Jackie is excited to be supported by the Fellowship as they will get to see advocacy and litigation in tandem with disrupting a legal system that favors displacement and incarceration. This summer will further Jackie’s goal of being an attorney/advocate—agent of the State—that is “on tap, not on top.” 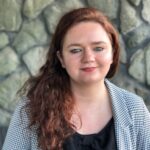 Colleen Ryan was raised in the Upper Cumberland region of Tennessee and is currently a 2L at Belmont University College of Law. During law school, she has worked with the Legal Aid Society of Middle Tennessee and the Cumberlands, the Tennessee Justice Center, and Disability Rights Tennessee, addressing a broad range of civil legal issues facing Tennessee families during the COVID-19 pandemic. After graduating from the University of Tennessee in 2017, Colleen studied post-war reconstruction and justice sector reform as a Fulbright Scholar at the University of York. She also completed graduate studies at Tsinghua University in Beijing, China through the Schwarzman Scholars Program. Colleen hopes to use her career to advance access to justice in rural and other under-served communities in the Appalachian South. As a Haywood Burns Fellow, Colleen will be working with AppalReD Legal Aid on holistic legal representation for Appalachian families affected by the opioid epidemic. 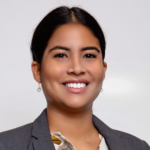 Stephanie Sorquira is a 1L student at the City University of New York School of  Law (CUNY Law), focusing on immigration law. Before coming to CUNY Law, Stephanie attended Emory University School of Law, where they received a Juris Master with a focus on International Human Rights Law.  While at Emory Law, Stephanie volunteered at the Emory Immigration Clinic. At Emory Law, Stephanie also served as Conference Chair for OUTLaw and had the privilege of co-organizing interesting conferences on immigration and public health, one of which was named “No Pride in Borders.” As a Haywood Burns Fellow, Stephanie will be working with Project South’s Legal and Advocacy Program to defend Black, immigrant, and Muslim communities against state repression.