In addition to the dozens of major panels, workshops and CLEs offered at the #Law4thePeople Convention, check out this wide range of parties and special events we have scheduled! (NOTE: Events marked with an asterisk * are paid events. Tickets available online.) All events will take place at the Benson Hotel unless indicated otherwise.

Kick off the convention Thursday evening for a reception sponsored by the NLG National Office and the 2018 Law for the People Awardee, the National Immigration Project! Then, listen to an inspiring Keynote Address delivered by Seattle Councilmember Kshama Sawant, and presentation of the Arthur Kinoy Award to Herman Bell and Carol Weiss King Award to Ann Benson. FREE and open to the public! 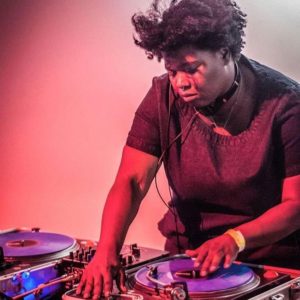 As soon as the keynote program wraps us, Guildies of all generations are welcome to  join the Portland chapter and DJ Deena Bee at Dig A Pony for the convention student party! We’ll provide snacks and a dance floor, you provide the energy! Costume-optional!

For the past 17 years, Deena Bee has been a DJ and stalwart purveyor of good music in the ever-changing Portland music scene.  Formerly the Urban Music Director at KBOO community radio (our media sponsor for the #Law4thePeople Convention!), she hosted “The Soundbox” (on KBOO) and was a resident DJ at White Owl Social Club (Portland) and Dogwood (Bend, OR).  Deena Bee’s selections travel seamlessly between genres and generations to include everybody – “me, you, ya mama, and ya cousin too.”  She says, “The turntable can feel like a time machine- placing you in moments and spaces from past and future. My musical influences are future bass, with the boom bap from the middle of the cypher, on a Blue Monday- after choir practice, before the strip club.”

Update: We regret that Walidah Imarisha is unable to speak at the luncheon. Given the history of this annual event (originally known as the “Women’s Lunch”), its role in intentionally centering gender in the Guild, and this particular political moment, we will instead use the space to have an important conversation about patriarchy in our movements and organization.  As such, we will host a “Presidential Conversation” with past and present women presidents of the Guild and a TUPOCC Co-Chair on challenging misogyny and building an anti-sexist culture and organization.

Join the NLG’s International Committee and Labor & Employment Committee (two of our largest!) as they present the the Debra Evenson “Venceremos” Award to Judith Berkan and Marjorie Cohn. FREE entry! 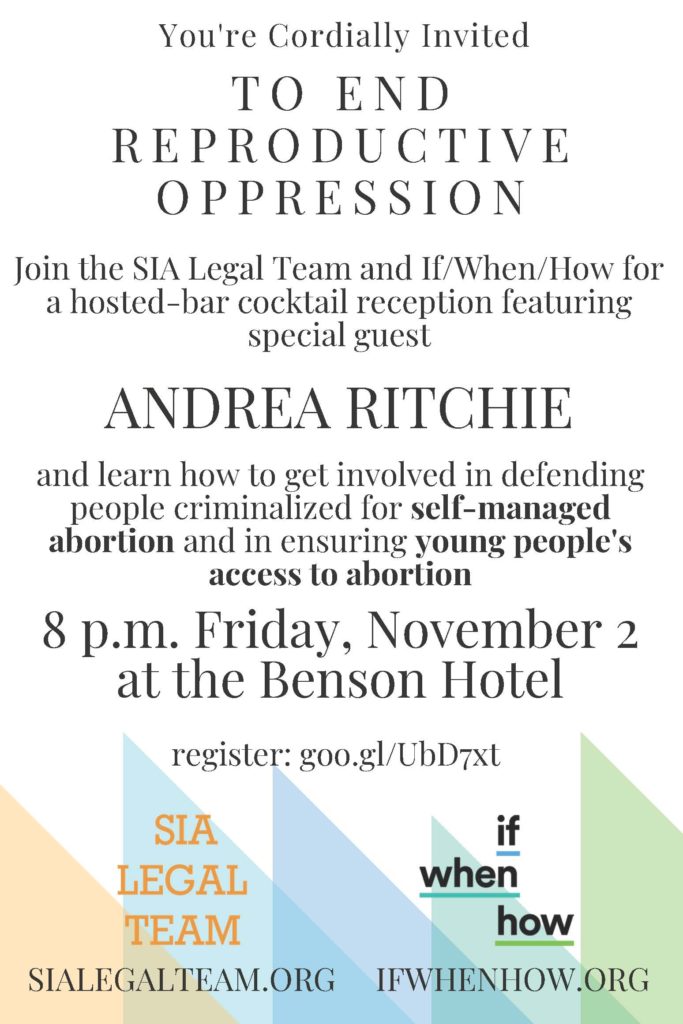 You’re invited to join the SIA Legal Team and If/When/How at the Benson Hotel at 8PM for a cocktail reception featuring special guest, NLG member Andrea Ritchie. We will also be providing information on how you can get involved in defending people who have been criminalized for self-managed abortion as well as helping to ensure youth access to abortion. Please RSVP here and check out the Facebook event! We look forward to seeing you there! 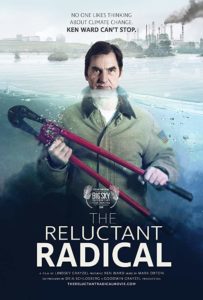 Citizen Clark, A Life of Principle is a documentary, narrated by Martin Sheen, about the life of former U.S. Attorney General and human rights activist Ramsey Clark who has spent the last fifty years challenging the abuses of U.S. power while being a champion for numerous causes that have affected humanity. More info about this film can be found at alifeofprinciple.com

The Reluctant Radical is a documentary that follows activist Ken Ward as he confronts his fears and puts himself in the direct path of the fossil fuel industry to combat climate change as one of the “valve turners” in October of 2016. NLG lawyers were deeply involved in his legal defense, but they also represented the director she was herself arrested and charged with sabotage for filming Ken Ward. More info about this film can be found at thereluctantradicalmovie.com

Join us over a delicious meal as we honor the outstanding work of recipients of the Law for the People (National Immigration Project) , Ernie Goodman (Bob Boyle) , Legal Worker (Carey Lamprecht), and C.B. King (Frank Kearl) Awards. Show your support for the Guild, meet friends old and new, find inspiration in the remarkable achievements of our members, and renew your commitment to our vision and values. This event sells out every year, so don’t miss it! Purchase tickets here