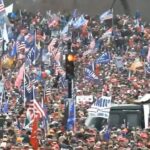 FOR IMMEDIATE RELEASE Contact: communications@nlg.org The National Lawyers Guild (NLG) opposes today’s attempt to overturn the election, led by Trump loyalists and right-wing operatives in Washington, DC, in the strongest terms possible. Following a rally by Trump where he continued to falsely claim victory, a right-wing fascist mob stormed and occupied the U.S. Capitol Building […] 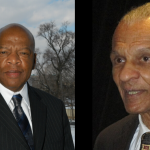 FOR IMMEDIATE RELEASE Contact: communications@nlg.org The National Lawyers Guild (NLG) mourns the passing of Congressman John Lewis and Reverend C.T. Vivian, two giants in the Civil Rights movement who devoted their entire lives to Black liberation. Both walked together across the Edmund Pettus Bridge in 1965 and suffered the blows of Sheriff Jim Clark on […]

Shelby County, Alabama v. Holder The NLG brief in support of the respondents underscores the obligation of the Supreme Court not to arrogate to itself the job of the legislature, especially in the face of overwhelming evidence supporting the legitimacy of Congress’s decision to extend the constitutionally crucial role of Section 5 of the Voting […]