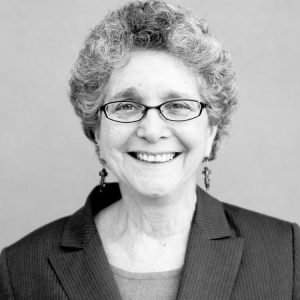 Cookie Polan’s political sensibilities became apparent in high school when she refused to stand for the National Anthem at a Jets game. Her sense of right and wrong shaped her career as a courageous, committed, outspoken criminal defense lawyer.  “She was all about protecting people’s rights and making sure they were treated fairly,” said her sister.

“She was fearless. It didn’t matter how hard the case was” said Jim Bergenn, a Hartford lawyer and close friend. “She was strong and zealous.”

Diane Polan—everyone called her Cookie —died October 21 of a rapid-moving, rare brain tumor. She was a resident of New Haven, where she had lived since being part of the first class of women undergraduates at Yale. She was 65.

She arrived in New Haven in the fall of 1969 to study political science, the year that Yale President Kingman Brewster disappointed many conservative alumni by opening the college to women.

Polan soon discovered that admission was not the same as equality: the number of women admitted was a fraction compared to the number of men, and the college climate reflected more than a small amount of male privilege. “It wasn’t a very welcoming environment for women; the vibe wasn’t positive,” said her sister, Kelly Polan. The time she spent in New Haven, however, politicized Cookie.

In the spring of 1970, New Haven was rocked by the trial of Black Panther leader Bobby Seale, who was accused of murdering a party member thought to be an FBI informant. There were protests against the war in Vietnam, and many students also became immersed in civil rights and women’s issues.

Polan worked as a paralegal for Catherine Roraback, a lawyer representing Ericka Huggins against murder charges. The jury was unable to reach a verdict on either Seale or Huggins’ case, and a judge dismissed the charges against both.

Polan joined New Haven’s first feminist law firm, Levine, Kuriloff and Polan. In her mid-30s, she decided she wanted a child, and had twin daughters, raising them as a single mother. She opened her own law practice, and worked with a partner, Max Simmons, until she became ill.

When the New Haven Public Defender’s office needed a lawyer in private practice to take a case, she was at the top of his list, said Tom Ullmann, a senior public defender in New Haven. Once, after a conference in chambers, the judge remarked: “Diane: every time you leave my chambers I feel like I have to check my pockets.” It was a backhanded compliment. “He was really saying, you put one past me again,” Ullmann said.

In 1985 Polan was asked to participate in the trial of 16 advocates for Puerto Rican independence who were accused of robbing $7 million from a Wells Fargo delivery truck. The legal team was comprised of some of the country’s top criminal defense lawyers—and Polan, who was only five years out of law school.

“She was wicked bright,” said Bergenn, another member of the defense team. Charges against Polan’s client were ultimately dismissed.

A longtime member of the National Lawyers Guild, Polan was honored in October with the Champion of Liberty Award by the Connecticut Criminal Defense Lawyers Association. In remarks at the ceremony, which Polan was too ill to attend, “She is steadfast in her work for the poor and the disadvantaged, and tireless in her advocacy against racism and gender discrimination,” Ullman said.

Polan is survived by her wife, Linda Barrett, two daughters, Maya and Rosa, a sister, Kelly, and a brother, Michael Miller. Her older sister Susie died in 1993.