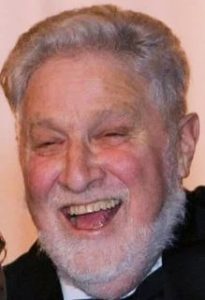 On January 11, 2017, we lost a longtime member of the NLG Detroit/Michigan Chapter and prominent local criminal defense attorney, M. Jon (“Jonny”) Posner. Jonny fought heroically against his illness to the very end, just as he did in life for his clients and social justice activists. Jonny had been an active member of our NLG Chapter for all of the 47 years since he was sworn in as an attorney in 1970. During that time, he filled many leadership roles, most notably serving as Chapter Treasurer for years. But what Jonny really loved was defending social justice activists in court.

Jonny was well known for his superior trial advocacy skills—but lesser known was that he was a skilled negotiator. He employed a process that was so personal to him, and so overpowering, his friends came to call it “Posification.” None of us could ever figure out exactly how “Posification” worked. In the early days of radio, there was a hero known as “The Shadow” who was reputed to have “the power to cloud men’s minds.” “Posification” seems to have had something in common with this.

Time after time, Jonny would enter a courtroom with a hostile prosecutor, and an ornery Judge;  he would sit down with both of them and talk, remaining so good-natured, reasonable, friendly and concerned. He would just talk to them, and be pleasant and humorous. And then, at the end of it all, the prosecutor and the judge would agree to do exactly what Jonny wanted. When he returned and told us what he had accomplished, we would just look at each other in wonderment, and say: “He Posified ‘em again.”

Jonny played a major role in the defense of strikers and supporters during the Detroit Newspaper Strike from 1995-1999, when hundreds were arrested during picket line confrontations and other protests. At the beginning of the strike, our NLG Chapter had taken on primary responsibility for the legal defense of arrestees. Eventually, once the union legal defense fund was exhausted, our Chapter organized attorneys to represent arrested strikers. Jonny’s skills as a negotiator really came into play during the strike, because strikers and many of their supporters were not interested in having dramatic, political trials. They wanted to work out a settlement so they would not have a criminal conviction, which would mean the permanent loss of a job. Jonny brought his negotiating skills to bear in courtrooms all over southeastern Michigan, negotiating settlements of cases so that strikers and strike supporters would not end up with a criminal record.

Jonny’s skills in this regard were so renowned that the labor movement remembered Jonny’s contributions. A few years ago, our NLG Chapter was contacted by labor attorneys for the SEIU, requesting NLG assistance in the Fight for $15 campaign. We informed them we could provide NLG Legal Observers and criminal defense attorneys, when one of the union attorneys responded: “You don’t understand. We don’t want just any attorney. We are requesting Jon Posner to represent our protesters in Court.” And so for the last several years, Jonny spent a lot of time acting as a Legal Observer at Fight for $15 protests. He would then appear in 36th District Court to negotiate settlements so the arrested activists did not end up with criminal convictions.

Jon Posner exemplified tireless, dedicated, and determined devotion to the defense of social justice activists, and to the principles for which the NLG stands. While we miss him terribly, we will remember his example, which will serve as an inspiration for us as we face the difficult times that lie ahead. ■