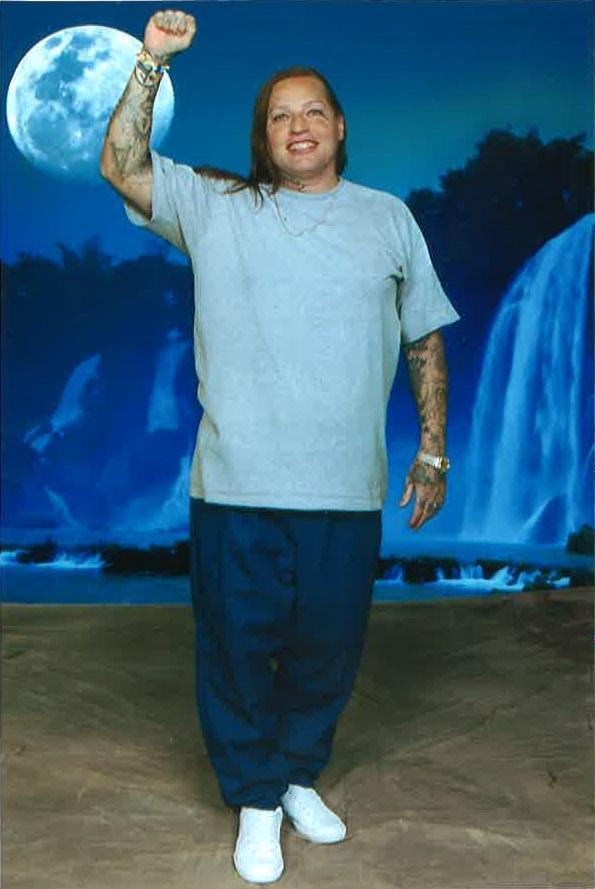 Revolutionary greetings from behind enemy lines in so-called California (occupied Chumas and other tribal territory), where I remain in captivity. I would like to introduce myself to fellow NLG members and Jailhouse Lawyers, and tell you about some of my work.

My name is Jennifer Gann. I’m a 49-year-old transwoman and a long-time prison rebel who has been incarcerated for the past 28 years in California. Initially, sent to prison for armed robbery, I became politicized during the 1991 Folsom Prison Food Strike as an abolitionist and Jailhouse Lawyer, which landed me in the Administrative Segregation Unit (ASU). I faced some of the most adverse circumstances imaginable in long-term solitary confinement at Folsom and Pelican Bay SHU where I spent more than a decade, including brutality and torture. I was involved in many protests and direct action resistance along with other ASU and SHU inmates including barricades and sabotage of prison cells which resulted in the extraction team of armored guards severely beating us.

As a Jailhouse Lawyer, I would file more than a hundred inmate appeals, and multiple lawsuits, as well as provide assistance to other prisoners. In the early to mid-1990s I won legal/monetary settlements of $1,000 and $3,000. In 2003, in Del Norte County, I succeeded in having a writ of habeas corpus granted and the court ordered my release from Pelican Bay SHU because prison officials violated my due process rights. This case was reported in an issue of Prison Legal News.

These days, I continue to be involved in anarchist and anti-fascist solidarity work with groups such as the Anarchist Black Cross and Maine Anti-Racist Action. I’m a member of Red Roses, a trans feminist prison collective, and TGI Justice Project. I’m an artist, poet, writer, and insurrectionist.

Most recently, I won an appeal in the California Supreme court which ordered the lower court to vacate its decision and reconsider my sentence reduction under Proposition 36 Three Strikes Reform Act. Also, on New Year’s 2018, I filed an Application for Commutation of Sentence with Governor Jerry Brown, to which I have not received any response or acknowledgment.

In the past month, I’ve been working with movement attorney Jennifer Orthwein, of Medina Orthwein LLP, who is representing me in a legal name and gender change petition, and a Department of Fair Employment and Housing (DFEA) complaint concerning my being housed in a men’s prison as a woman by the California Department of Corrections and Rehabilitation (CDCR).

I’m proud to be involved with the radical legal and political work of the NLG, and support the Guild’s principles of anti-imperialist, anti-capitalist, and anti-fascist lawyering. I’m enclosing a photo of myself giving a clenched fist salute in solidarity!

For a world without police or prisons!