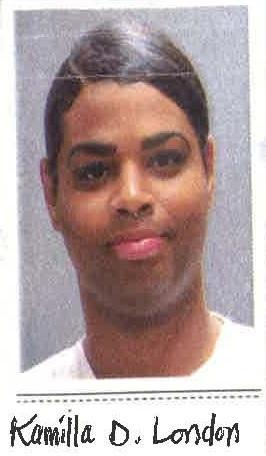 The fear-reaching ramifications of discrimination continue to affect us in every facet of life, even in spite of the tremendous progress we’ve made in recent years. This discrimination even incarcerates us. Many trans people, like myself, end up in prison not because we are willful and wanton criminals, but because of the alienating effects of society’s discrimination. Prior to prison, we are often shunned from our very own communities and, consequently, stripped of our ability to legally procure basic human needs. Then when we are forced to engage in survival crime as an alternative to exist, society demands we be held accountable to the law and punished.

But that cannot be.

Discrimination is a societal ill which society chooses to practice, and there are intended and unintended consequences that follow. Thus, if society chooses to exclude trans people from enjoying the same economic opportunities it enjoys, or from availing ourselves of the societal safety nets designed to mitigate the effects of poverty (i.e. homeless shelters; government financial aid, subsidized housing, etc.) then society loses its standing to decry, or complain about, or seek to punish, the thousands of human beings it delivers right into the throes of crime as a result of its discrimination. Simply put, society cannot push us past the threshold of poverty on one hand and then expect us to walk a fine line and somehow not offend in our desperation for survival on the other.

To deny a single person, let alone an entire population of people, the right and means to acquire the basic human needs of food, shelter, and medical care, like society does when it exacts invidious discrimination of trans people, seems cruel and unusual, illegal and immoral. The Eighth Amendment to the US Constitution is somewhat didactic on this issue. However, doesn’t cruel and unusual punishment also exist when an individual is arbitrarily denied the minimal civilized measure of life’s necessities because he or she is trans?

The tentacles of discrimination reach far and deep and can even cause the disintegration of the family unit. I remember older people in my family when I was an adolescent who would yell and berate me because of my efflorescing femininity. “You are a sick bastard! You need help! Get out of my house!” One particular aunt I had lived with screamed at me when she repeatedly caught me wearing some of her clothing and jewelry. An older male cousin once sneered, “I am going to force you to stop walking like a girl,” at age nine, when I wasn’t even aware of my effeminate mannerisms. These remarks eventually caused resentment and conflict between those relatives, and my mother and siblings who would defend me. To this day, relationships in my family remain torn apart as a result of this derisive discrimination, and the same rings true for others.

I know the experience of being a ward of the state since age nine. I was repeatedly raped since age six while growing up poor in the “projects” on welfare, while withstanding the abuse and neglect of two very broken parents. As an adult, I know how it feels to be ostracized by family, society, other inmates, and prison staff behind bars. I know the frightening pain of being repeatedly raped and assault by savage thugs in jail cells, and of being revictimized by a prison system that punishes the victim, not the rapist. I also know the frustration of being arbitrarily denied jobs and other rehabilitation programs by a biased and vindictive prison administration on account of being a Black transwoman. But what do I do? How do I protect myself against this thrashing system of violence? I write.

My experiences have given me the tools I need to persevere through each and every hardship I have to endure. Today, I am a staunch activist for the social advancement of trans people incarcerated by the Department of Corrections. Because of my activism, I became the first transwoman inmate in the State of Delaware to have a legal name change granted by the courts, and the first to begin hormone replacement therapy while incarcerated.

My activism has also resulted in the State of Delaware leading the nation for best practice policies regarding the treatment of trans prisoners—a far cry from where we were when I first entered into the DOC. I am also currently a self-funded student of a correspondence school where I anticipate to graduate with a career degree in criminal justice in the spring.

I believe in the power of resiliency and determination. Despite by long history of extraordinary abuse and hardship, tragedy and misfortune, hatred and hostility, I am a survivor. Like Sylvia Rivera, Marsha P. Johnson, Miss Major, and all of the foremothers of this movement, it is my absolute duty to rise up in allegiance to these brazen pioneers who came before me, for the sake of those who will come after me.

Resiliency and determination are indeed the two indispensable qualities of a survivor who bounces back and refuses to be intimidated. ■