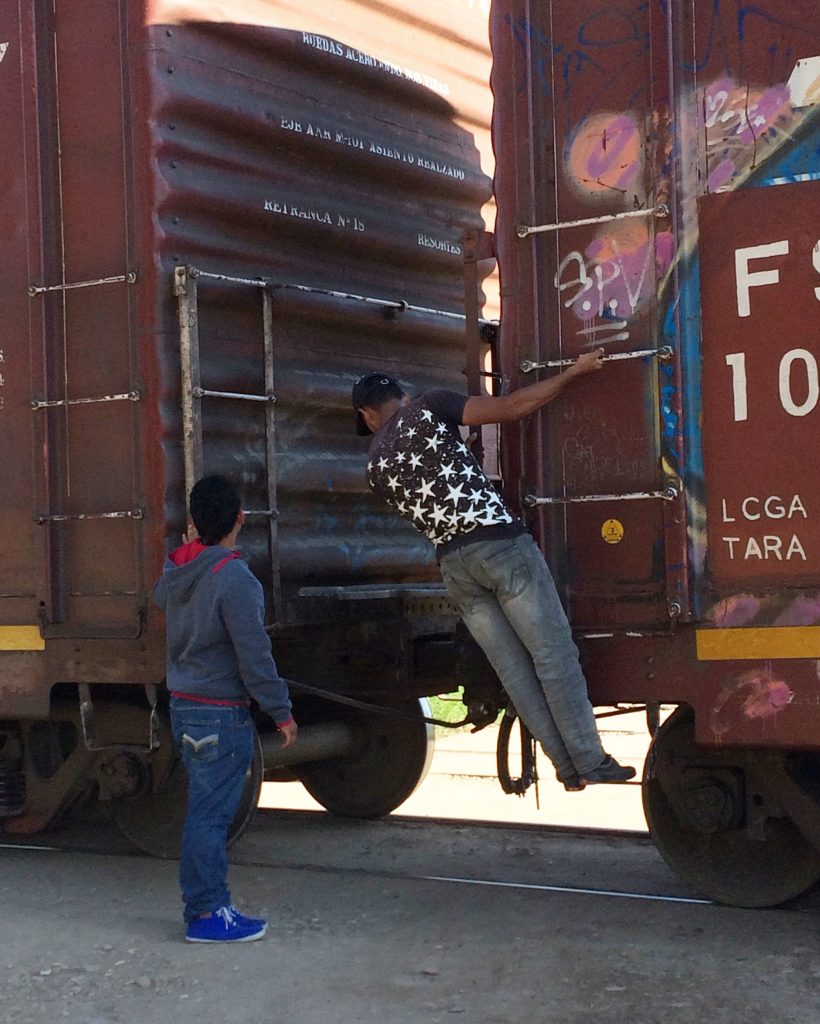 Two days after the 2016 election, 10 lawyers and human rights advocates from the NLG traveled to Mexico on a human rights delegation to follow up on the 2014 Permanent Peoples’ Tribunal and the 2015 International Tribunal of Conscience on the Human Rights Crisis in Mexico. From November 10-20, 2016, the delegation collected testimonies from different cases of human rights violations, presented at various panels and met with the US Embassy in Mexico City.

The delegation stayed at the Raul Isidro Burgos Rural School in Ayotzinapa, Guerrero, home to the 43 students who were forcefully disappeared in 2014. There we met with parents, family members, and fellow students of the disappeared students, who gave testimony of their repeated attempts to bring the Ayotzinapa case to justice. They recounted different attempts by government officials to bribe parents into accepting what independent forensic experts have declared to be an impossible course of events, including that the students were incinerated despite documented heavy rains in the area. The school is part of the rural teacher’s school system, which are located throughout rural areas and trains rural, mostly indigenous, teachers so that they may educate thousands of other children. At its core, this educational model promotes a radical pedagogy of social transformation through collective social movements and education. Its success is also why these schools have been under attack by the government through aggressive defunding reforms and over-militarization. In addition to Ayotzinapa, our delegation was received by other human rights defenders and survivors who spoke to us of cases of human rights violations in the state of Guerrero, one of the most violent states in Mexico with one of the highest rates of impunity. The victims we met with included affected indigenous communities fighting displacement by transnational companies colluding with cartels to expropriate lands for their inherent natural resources and the ease of transport of drugs across the territory.

After leaving Guerrero, we visited the migrant shelter La 72, a few miles from the Mexico-Guatemala border. The shelter is run by Franciscan friars in Tabasco, Mexico and is a refuge for migrants (mainly Central American from the northern triangle countries). Along the southern border and throughout the migration route to the U.S., migrants are seen as ripe for exploitation in a land where foreign policy has created a depletion of jobs, security and liberty. Aside from participating in the local economy by purchasing necessities from locals, migrants must pay “guides” to cross them from one place to the other (across the border and within Mexico), as well as paying bribes to the immigration authorities and drug cartels. When the migrants have been fully exploited, blackmailed, assaulted, raped, and kidnapped, their bodies are held for ransom, killed and organs sold for thousands, as one 19-year-old from El Salvador shared nearly happened to him.

Throughout our delegation, human rights defenders expressed concern that the violence and human rights violations would only get worse in Mexico and were doubtful of any improvement in U.S. foreign policy under the new Trump administration. During our time in Mexico, we were able to observe up close what happens to a country that dehumanizes immigrants, defunds education, attacks social movements, and puts corporations over people. Our work continues as we draw parallels between Latin American countries and the United States and the role U.S. interventionism, funding of military alliances, criminalizing of dissenters and immigrants and ultimately neoliberalism plays in the destabilization of our countries and movements. ■