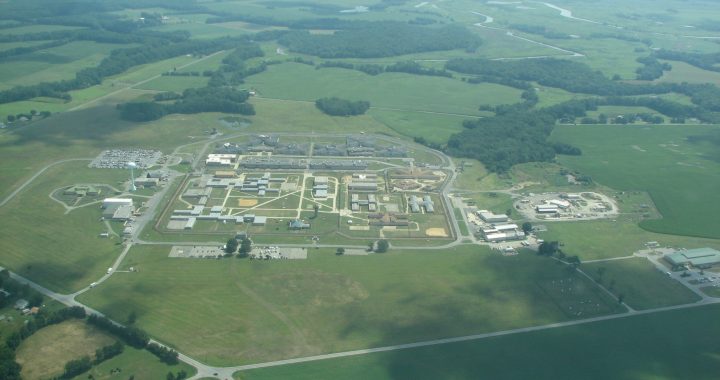 This piece was adapted from a press release by the NLG DE-NJ Chapter and the ACLU-DE June 8, 2017.

NOTE: See this issue’s Beyond Bars article, “Life at Vaughn Prison as a Black Transwoman,” by Kamilla London.

Initial findings from a joint study currently underway by the Prisoners Legal Advocacy Network (PLAN) of the National Lawyers Guild Delaware-New Jersey Chapter (NLG DE-NJ), ACLU of Delaware (ACLU-DE), and the Delaware Coalition for Prison Reform and Justice, reveal significant increases in reports of worsening prison conditions at the James T. Vaughn Correctional Center in the months leading up to the uprising at Vaughn in early February.

“To the best of our knowledge, this study is the only effort to assess the Vaughn incident using hard data and incorporating the voices of affected prisoners.” said Paul Stanley Holdorf, PLAN’s supervising attorney.

The data set consists of more than 2,000 letters sent to ACLU-DE from prisoners across Delaware’s four adult facilities—Baylor Women’s Correctional Institution, James T. Vaughn Correctional Center, Sussex Correctional Center, and Howard R. Young Correctional Institution—postmarked from late 2011 through April 2017. The letters were coded to track various trends, including: the number of prisoner letters sent from each facility; the types of complaints expressed, and periods during which prisoner concerns were being expressed in higher volumes.

The issues raised in the complaints highlighted the need for better prison conditions; access to legal resources; and a transparent, more accountable grievance process. Notably, the 1,304 letters received from Vaughn prisoners in the period preceding the uprising far exceed those from the other three prisons when each prisons’ population size was considered. In the letters from Vaughn, complaints about living conditions, the prison’s grievance process, and legal resources, such as access to courts, attorneys, legal materials, the law library, legal mail and legal property, significantly increased over the four month period from October 2016 through January 2017. Concerns about medical care and mental health treatment spiked in January, just prior to the February 2017 incident. In early June, Governor John Carney released a report investigating the February incident that identified prison overcrowding, understaffing, low morale and inadequate training of staff at Vaughn as serious concerns. The report stated: “The long-standing issues within the facility, if left unattended, will continue [to] provide fertile ground for chaos and violence within the facility.” “Delaware prisons were at 150% of their design capacity in 2015. Prisons are not a priority until a tragedy occurs,” says David Fathi, director of the ACLU National Prison Project. “Prisoners’ concerns and complaints need to be taken seriously,” said executive director of ACLU-DE Kathleen McRae. “The analysis of this data shows that the James T. Vaughn Correctional Center needs a transparent and effective complaint process. If they had one functioning in the months leading up to February 1st, they would have been able to recognize the crisis as it was developing and taken preventative action,” she concluded. ■