by Rachel A. Pickens, Executive Director of the National Police Accountability Project

Attendees at the NPAP CLE in Durham, NC.

In celebration of our 20th anniversary, the National Police Accountability Project (NPAP) had a large presence at the 2019 #Law4thePeople Convention. We started the convention with the day-long CLE, Framing Your Case: Building Power Through Litigation. Co-hosted by Law 4 Black Lives (L4BL), this seminar addressed how to create and support movement building through litigation strategies and tactics. Proudly, our panelists and speakers were mainly of women and people of color.

Marbre Stahley-Butts, founder of L4BL, started the day with an engaging presentation on the foundational principles of movement lawyering. Following were presentations and interactive discussions on how litigators can position their efforts in coordination with community power building.

Afterwards, NPAP co-hosted a reception with the National Immigration Project (NIP). Michael Avery, NPAP Board President, gave a short speech about the history of NPAP and its future. As the first and current board president, the organization presented him an award for his leadership and dedication to the organization. 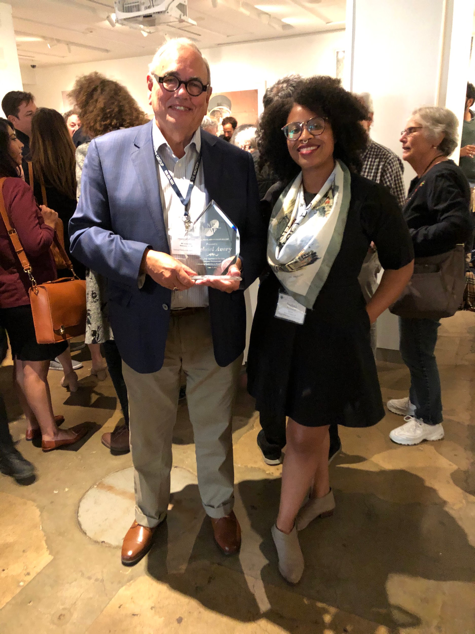 At the Saturday plenary, the celebration continued with a presentation on NPAP’s founding, its successes, current health, and its future.

NPAP has an active list serve on which members exchange information daily, with over five hundred plaintiff’s lawyers and legal workers across the country, and a new website that can be found at npapjustice.org.