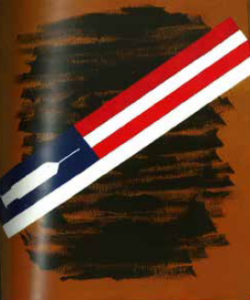 As a young Guild attorney, I got my chance to work with the NAACP LDF in my first job at a union legal service in 1997. A few co-workers and I volunteered our evenings working on a post-conviction review petition in the case of Kenneth Reams.

Kenny was a borderline mentally retarded young man who’d gotten involved in a scheme to rob money to pay for high school graduation. Although he killed no one, Kenny received the death penalty, while the accomplice who actually shot and killed the robbery victim took a plea deal to instead receive a life sentence. His assigned attorney called no witnesses and impugned Kenny in his opening statement. The jury had been death-qualified (i.e. required to swear they were capable of imposing the death sentence). Kenny’s jury took no more than three hours in the sentence phase, including lunch, to reject all mitigating circumstances. They would never know about his artistic ability.

Kenny has just turned 40 and has now spent fully half of his life on death row—the majority of it within solitary confinement— on a felony murder conviction. Under the guidance of George Kendall, the first motion succeeded in staying issuance of a warrant for more than 15 years. With the unwavering support of Arkansans against the Death Penalty, Kenneth produced the first Art Event on Capital Punishment. In a Little Rock library one evening last November, amidst finger food, wine, and the strains of Nina Simone wishing she could feel free, family members and guests admired the works of Kenneth and Isabelle Watson, his French fiancée who’d contacted him after seeing a foreign documentary on his case.

Together, they had begun researching the enormity of the injustice of the death penalty, which would later inspire their art. Their works feature victims of capital, including the 14-year-old African-American boy George Stinney, youngest person ever executed in the US (exonerated posthumously last December); a mass execution of Indians in 1862; and “Bloody Babs,” whose last words in 1955 were, “Good people are always so sure they’re right.”

Key to Kenny’s new determination was Wilbert Rideau, who spent 44 years at the Angola Penitentiary in Louisiana and managed to walk out free. Rideau personally visited Kenny, at a time when he was particularly despondent about ever leaving death row. Rideau’s 2010 book, In the Place of Justice, shows how as the editor of “The Angolite,” he transformed the prison newspaper into an investigative organ. Earning a “must-read” designation from the New York Times, Rideau showed the country “A peaceful prison owes its success to the consent of its prisoners, a consent that comes from mutual understanding and reasonable common-sense accommodations at almost every level of interaction.”

No small dreamer, Kenny is now working on establishing the first-of-its-kind Museum on Capital Punishment. Judith Elane, a retired attorney and murder victim family member, was asked by Kenny to help incorporate the organization and to serve on its board, whose mission is to educate the public on the practice and the history of the use of the death penalty in the United States.

The LDF has won an evidentiary hearing for Kenny. Their star witness is Gene McKissic, the first Black prosecutor to serve in southern Arkansas, beginning in 1976. In testimony to be continued, he spoke of endemic racism in the prosecutor’s office, echoing the defense’s claims of exclusion of Blacks from the Kenny’s jury; a claim rejected by the Judge in Kenny’s first appeal. His legal team presently consists of Christina Swarns and Vincent Southerland.

Kenneth Reams’s art is even more striking considering it is all produced within a small, 6-by-7-foot cell in the Varner “Super Max” prison in Grady, Arkansas.

The organizers of the exhibit have received inquiries from Europe and other US states. Contributions so that future exhibits can travel can be made payable to “Who Decides, Inc.” and mailed to PO Box 13572, Maumelle, AR 72113-0572.