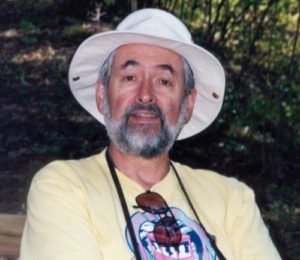 Leon “Lee” Goldin, teacher, plumber, lawyer, life-long fighter for justice and equality, died Friday, June 8, 2018. He was just shy of his 91st birthday. Lee came to his activism naturally and directly, his legal career not so much.

Lee was born in the Bronx, NY. There he “burned Hitler’s house” (boxes he and his childhood cohorts set on fire in an empty lot. There were plenty of available empty lots in Depression Bronx). As a student at UCLA (yes, California has had free higher education: UCLA tuition was $29/semester, including a mandatory $4 activity fee), he may have missed early morning classes, but never shied from trying to integrate barbershops in Westwood village and assuring free speech on campus. When Lee was a school teacher, he supported the improvement of public education and his fellow teachers through the teachers’ union—seeking better pay, working conditions, and health care. Fired from his teaching job (it was the McCarthy era, and the school board took umbrage when he refused to answer questions about his political views), Lee became a union plumber, just like his father. He was respected for his skill as a construction plumber and as a fighter for racial, ethnic and gender integration of the union, portal to portal pay, a shorter work week and a health and welfare fund, among other issues. Lee attended Southwestern law school nights, while working construction during the day (he was supporting his wife and three children at the time).

When Lee became a lawyer, he directed his efforts to improving society through the law and legal organizations. He never missed a State Bar meeting; he was active in the Conference of Delegates, supporting its resolutions seeking an end to South Africa apartheid, the death penalty, racism wherever it exists, gender equality, always with an eye towards social justice. He was a proud member and eventually the Executive Director of the Los Angeles Chapter of the National Lawyers Guild. Lee actively opposed the Vietnam War and counseled dozens of young men seeking to avoid the draft. He was a volunteer lawyer for students and others who were arrested while seeking to integrate Van deKamp restaurants. He was on the ACLU Board of Directors and its lawyers committee. Not one to avoid more mainstream law related activities, Lee successfully ran for the State Bar Board of Governors as a representative of LA County. He served his three-year term always striving to assure that the lawyers of the state were truly serving the public and seeking social justice. For many years Lee practiced criminal defense law. Late in his career, he turned to conservatorships. It was the latter work he enjoyed most in his legal career. He continued that work into semi-retirement, but never gave up social justice activities.

During his 18 years in the small Central Coast community to which he retired, Lee organized against our entry into the Iraq war, worked to decommission the Diablo Canyon nuclear plant, for an end to oil drilling in the area, and more. His favorite activity was with the Fire Safe Council, of which he was a highly respected member. While Lee was a life-long “activist,” he was also a loving husband, married to retired judge Martha Goldin for almost 70 years, father, grandfather, and booster of his nephews and extended family. Lee loved to organize trips to Europe and other parts of the world. Classical music was an important part of his life. He reluctantly attended opera from the inception of the LA Opera until his death. Until his dying days he looked forward to attending the SLO Festival Mozaic (formerly the Mozart Festival). His was a life well lived. ■