“Our strategy should be not only to confront empire, but to lay siege to it. To deprive it of oxygen. To shame it. To mock it. With our art, our music, our literature, our stubbornness, our joy, our brilliance, our sheer relentlessness – and our ability to tell our own stories. Stories that are different from the ones we’re being brainwashed to believe. The corporate revolution will collapse if we refuse to buy what they are selling – their ideas, their version of history, their wars, their weapons, their notion of inevitability. Remember this: We be many and they be few. They need us more than we need them. Another world is not only possible, she is on her way. On a quiet day, I can hear her breathing.” 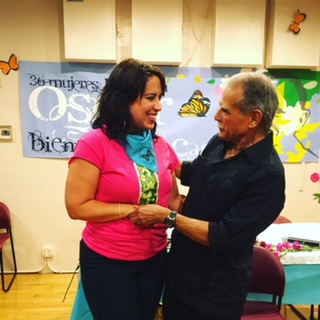 For 80 years, the National Lawyers Guild has been confronting empire, at home and abroad. We have been challenging the imperialistic tendencies that manifest through military intervention, but also economic and political. We have placed our talents, legal briefs, arguments, organizing skills, time and bodies at the disposition of movements that have sought to deprive empire of the oxygen it needs to breathe. We have fought the corporate revolution and boycotted their products. And as Arundhati reminds us, we are more than we think we are. We are in every corner, in every bodega and church and community center and waiting room. We are the ones who believe in the human right to healthcare, to free and quality education, to a dignified wage and labor conditions, to housing for everyone without a home. We are the ones who show up to block Immigration and Customs Enforcement agents from detaining parents while their children are in daycare; who chain our bodies together to block the state from deporting families; who record abusive police who stop and frisk our brothers, cousins and neighbors. We are the ones who work tirelessly in the streets and in the courts to release our political prisoners, to release all prisoners and to end the holdover from slavery that is mass incarceration as we know it. We are the other world that is quietly breathing, the silent one who is finding her voice and stretching her limbs. We are 80 years of movement lawyering, of community lawyering, of lawyering for the people.

In August, we celebrate this legacy along with the 80th anniversary of the Guild at our annual convention, to be held August 2 – 6, 2017 in Washington D.C. Join us and hundreds of your fellow Guild family as we discuss, conspire and work to protect our communities in the era of Trump and fascism. While we may not have seen a presidency so blatantly imperialistic, racist, xenophobic, misogynistic and capitalist as this iteration, the Guild has fought and defended our fundamental rights under previous administrations who have used similar tactics. Our deep history and understanding of the law as an institution that preserves wealth, power and privilege prepares us to deal with the relentless attacks of the Trump administration and draw upon the wealth of experience and history that is the Guild, all of which will be on display at the convention. Through our workshops, major panels, plenaries, receptions, CLEs and community networking, you will be reminded that indeed we are more than we often think we are, and we are in every community, in every corner of this nation and we are not alone. Join us for a very special event, and get inspired, engaged and activated! Register now at www.nlg.org/convention.

I leave you with the words of recently released Puerto Rican political prisoner, Oscar López Rivera, who spent nearly 36 years in federal prison and was released on May 17, 2017: “Our awareness in solidarity of this oppression that touches us all is the starting point of a new and necessary impetus for the struggle…. because only struggle will make us free.” See you in Washington!