Occupy Portland kicked off on October 6 with a 10,000- person rally. The occupation then settled into two adjacent parks in front of the County and Federal courthouses. The city was initially supportive, lifting the camping ban and park curfew. Hundreds of Portland occupiers offered free food, medical care, a library, and political discussion to the 99%.

From the start, the Portland Chapter provided Legal Observers®, criminal and civil attorney referrals. We also eventually put in place a legal hotline. And, with Guild member guidance, Occupiers recently formed their own internal legal collective.

On November 13, Portland evicted the occupation with notice. What began as a midnight stand-off including some 5,000 protesters ended with a drawn-out morning eviction that began after the bulk of the crowd dispersed. The park-clearing was peaceful, but it resulted in over 40 arrests. Police arrested more occupiers during November 17 marches.

Organizing continues throughout the city.

The Chicago NLG chapter has been providing legal support for Occupy Chicago since it began on September 23, 2011. Over the past two and a half months we have established a 24-hour Occupy Chicago legal aid hotline, developed a page on our website with Know Your Rights materials and other legal resources for Occupy Chicago, and have begun to provide criminal representation for the over 300 individuals who were arrested during mass arrests on October 16 and October 23.

Over the past several weeks we also have fielded Legal Observers® to several Occupy Chicago actions, including the movement’s two occupations of Grant Park, and have established a 24-hour on-call, volunteer-staffed Legal Observer® system.

Additionally, at the behest of Occupy Chicago’s General Assembly, a group of Guild attorneys met with city representatives on October 27 to discuss dismissing pending criminal charges and finding a permanent location for Occupy Chicago. However, the city refused to drop any of the charges or to grant Occupy Chicago an ongoing presence in any of the city’s public parks.

Further updates about Chicago Guild’s work with Occupy Chicago are available on our website: www.nlgchicago.org. 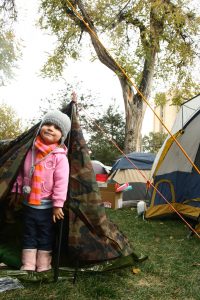 Guild participation in Idaho has more than quintupled since September. NLG lawyers in Boise and Moscow, Idaho are now coordinating around-the-clock Legal Observers ® for the Occupy Boise encampment and 24/7 hotline support for Occupy Pocatello, as well as police negotiation support and weekly Know Your Rights trainings for both camps.

Through these efforts, Guild has had a central role in reviving Idaho’s vivid history in the trenches of people’s struggles against greed. The Occupy Boise encampment is spread across the site of the 1907 trial of State v. Haywood, in which Clarence Darrow successfully defended Bill Haywood and the worldwide radical labor movement, asking the jury in closing: 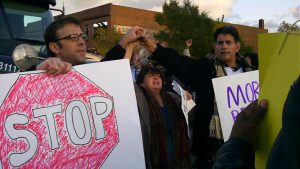 The Detroit/Michigan Chapter of the National Lawyers Guild has served as the main source of legal information, guidance, protection and representation for Occupy Detroit. Since the camp’s inception, Guild members have consistently attended General Assembly meetings, strategic planning meetings and direct action events. The chapter has coordinated Legal Observers® and acted as direct counsel for those arrested during demonstrations. Local Guild members have also prepared and distributed Know Your Rights handbooks specifically tailored for Detroit protests. The books serve as companion pieces to the Know Your Rights and Legal Observer® trainings conducted by Guild attorneys at General Assemblies. The same attorneys assisted Occupy Detroit in obtaining permit extensions for the original Grand Circus Park encampment, and have since aided in the relocation of the encampment.

Local attorneys and law students in Spokane have organized to support the Occupy Spokane protests with Know Your Rights and Civil Disobedience trainings. Inspired by the grassroots protests, law students at Gonzaga plan to develop a coordinated Legal Observer® program and to reestablish the Guild chapter at their school this spring.

The Denver chapter formed a 50 member ad hoc pro bono law firm to represent nearly 80 arrestees. In just a few days we have worked with the Colorado Criminal Defense Bar. We have three paralegals, three investigators, an appellate attorney and a three-member evidence team.We have regularly sent Legal Observers® to Occupy Denver marches and other activities. We are coordinating with DenverABC, an anarchist group. They staff a legal hotline, collect bond money, keep track of arrestees and bond out arrestees. Also, two NLG Colorado lawyers have filed in Federal Court for a Temporary Restraining Order to halt selective enforcement of ordinances interfering with First Amendment rights of Occupy Denver participants.