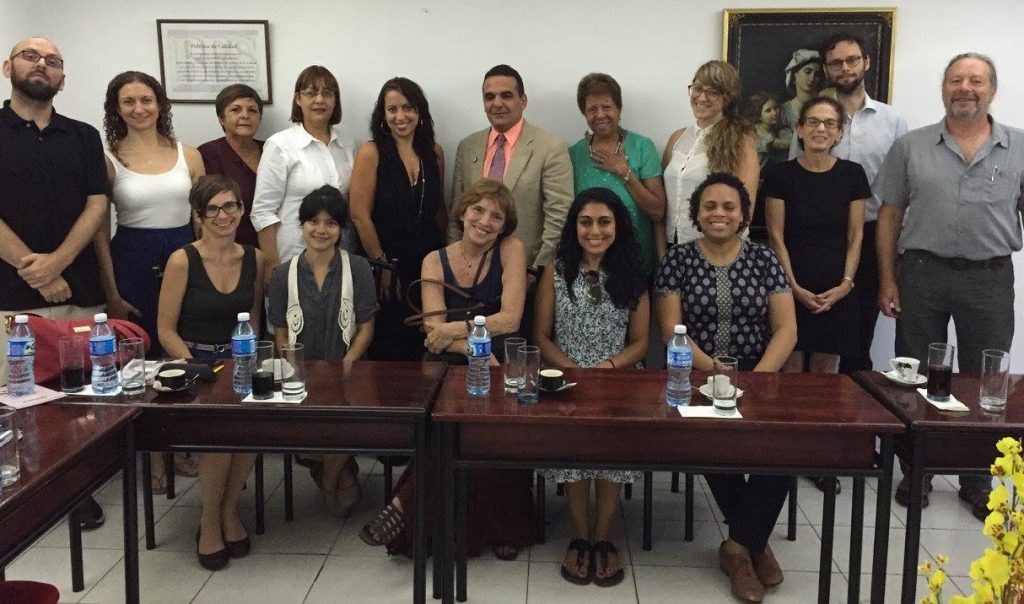 Continuing the Guild’s long history of solidarity work with the country, the NLG-NYC Chapter led a highly successful delegation to Cuba this past September. Twelve delegates spent seven days on the Island, meeting with officials, criminal and civil judges, attorneys, professors, political artists and union leaders, as well as experts in labor, social security, trade, economic, and constitutional law. Among the topics discussed were: the structure and functioning of the National Cuban Lawyers Association (UNJC), the People’s Courts, and Cuban judicial system; the history and current work of the Instituto Cubano de Amistad con los Pueblos (Cuban Institute for Friendship with the People, ICAP); the new laws on foreign investment in Cuba; the role of trade unions in Cuba; and efforts to advocate for Cuban LGBTQI people. Throughout the trip, the delegation received tremendous respect and honor, and was repeatedly thanked for the decades of hard work by Guild members on behalf of the Cuban people, including the campaign to free the Cuban Five, legal advocacy to end the U.S. blockade and travel restrictions, and the movement to close and return Guantánamo Bay.

In a particularly moving meeting with the Bufete Colectivo (a national public law office with offices nationwide), NLG President Natasha Lycia Ora Bannan was presented with the toga de honor (“robe of honor”) by their President as a symbol of the organization’s appreciation for the Guild’s long history of supporting the Cuban people. The toga de honor, is traditionally worn to court by lawyers and has only been bestowed upon one other international organization besides the Guild. The delegation also visited the Callejón de Hamel community project and learned about the struggles of the Afro-Cuban community in La Habana. The group travelled outside of Habana, taking a daylong excursion to the stunning Las Terrazas nature reserve, learning about the community’s environmental justice and preservation work.

The trip was moving and inspiring for the delegates, and assured our comrades in Cuba that the Guild’s solidarity work will continue unabated as official conditions between the U.S. and the Cuban government evolve. Another trip is being planned for September 2016—stay tuned!