On March 12th, the South Florida NLG Chapter joined the Miami Coalition for the Homeless, the ACLU, and other homeless advocacy groups to block an “anti-camping” ordinance up for vote at the Miami City Commission. This ordinance would have made it a misdemeanor to “camp” in the public right-of-way, or to possess camping equipment. “Camping equipment” was broadly defined to encompass essential comforts for surviving outdoors, including blankets and pillows. After numerous NLG members and coalition partners spoke out forcefully against the measure at the Commission meeting, the Commission voted to defer the ordinance.

This isn’t the first time the City of Miami has attempted to “clean up” downtown by threatening to criminalize thousands of individuals who experience homelessness. In 1988, a group of homeless individuals represented by the ACLU brought suit against the City, entering into a landmark consent decree in City of Miami v. Pottinger. This agreement prohibits arrests of homeless people for engaging in “essential, life-sustaining activities,” unless there is available shelter to provide. As the City of Miami redevelops and revives its urban core, housing affordability and homelessness have been at the forefront of local politics. Downtown Miami residents and business owners are frustrated with trash and waste left behind by some homeless individuals. Service providers are frustrated by inadequate funding and a shortage of affordable housing options for low-income individuals and families. 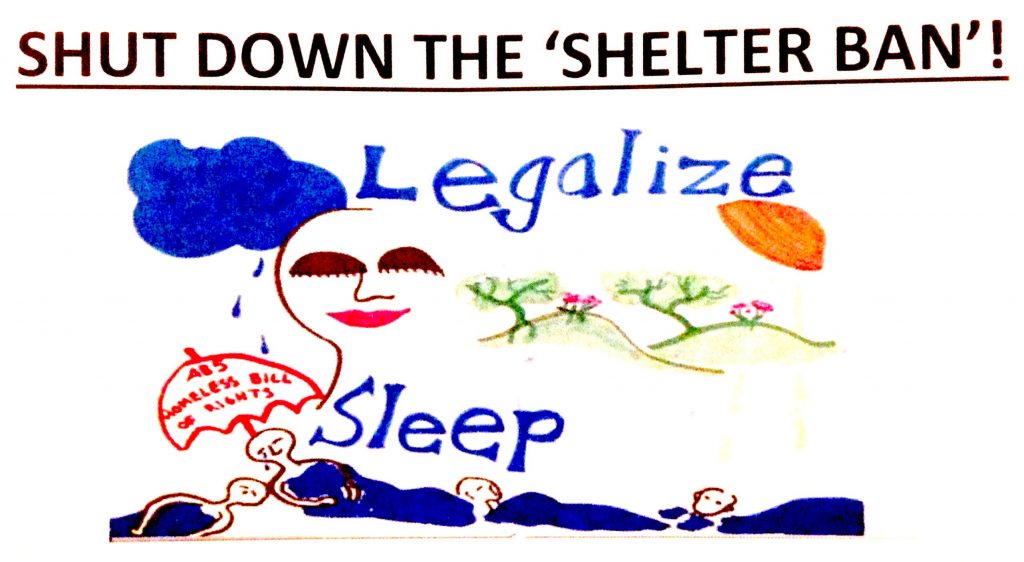 All of these varied interests packed the commissioner chambers of City Hall on March 12th, to speak on the “anti-camping” ordinance, which had previously passed unanimously through committee meetings. The South Florida NLG Chapter helped coordinate a strong advocacy and social media effort against this legislation in the weeks leading up to the meeting, flooding Commissioner Marc Sarnoff ’s office with phone calls and e-mails and spreading the word through social media. Several NLG lawyers made public comments at City Hall against the “anti-camping” ordinance.

Thanks to the many advocates who wrote, called, and spoke, the Commission broke its unanimity and elected to defer a vote, pending further negotiation with the ACLU and other stakeholders. The South Florida Chapter of the NLG will continue to advo

cate on behalf of homeless and other marginalized communities as local elections in November will surely bring homelessness and housing affordability into the spotlight of debate.

Featured Image: City of Miami Commissioner Keon Hardemon, third from the left on the dais, asked staff members to pitch a tent in City Hall to demonstrate their obstructiveness on the street. (Leah Weston)