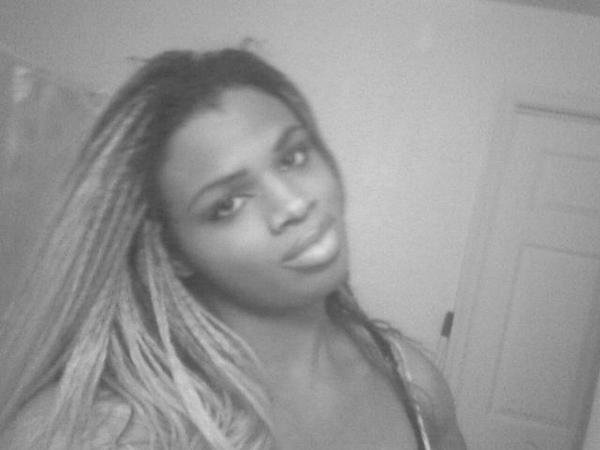 When I was sentenced in 2011 to 25 years in prison, I was largely relieved. At least I would escape temporarily the hell of rape, violence, and discrimination which my life on the streets as a black transwoman had involved.

Many transgender people like me are ostracized by our families, refused respite in public shelters, and forced into the illegitimate economy due to employer discrimination. Our lives become entrenched in mere survival, however possible, often by drug dealing, shoplifting, prostitution, or check fraud. Problematically, one in six transgender Americans—and one in two black transgender Americans—have been incarcerated.

I was wrong to think I had escaped this fight for survival. Prison is just another survival situation. Except now, the violence comes from the people with whom the state forces me to live and from the state itself. The Vaughn Correctional Center has its share of qualified correctional staff who regard their profession with pride and treat all inmates with fairness, dignity, and respect. Appropriately, they are respected in turn. Sadly, however, it also has rogue correctional officers, including supervisors, who are violent, abusive predators and those who simply have no business being employed in public service.

Instead of an environment that is safe, if not rehabilitative, I am forced to fight every day just to exist. And while everyone placed into our broken prison system faces some hardships, the problem is especially acute for transgender prisoners.

Transgender prisoners are about 13 times more likely to be abused than our cisgender correlatives. A third of us have been sexually assaulted in prison by other inmates or staff. This is precisely the same “survival-like fight” that brought me and multitudinous other transgender people to prison in the first place. But that is unacceptable.

Our prisons are supposed to rehabilitate, not victimize. The Delaware Department of Corrections (DOC) cannot claim on the one hand that its top priority is to protect the public then counterintuitively release waves of abused, resentful, and unreformed prisoners back into the general public on the other.

As an activist, I am doing what I can to forge improvements within our system for transgender offenders. Because of my advocacy, I became the first transwoman inmate to be granted a name change by a Delaware Court in 2016. In August 2016, I sued the DOC over some aspects of my mistreatment at Vaughn. My case was recently resolved by agreement of the Parties (the terms and conditions of the agreement are confidential). In January 2017, I became the first transwoman prisoner to begin hormone therapy in Delaware. Importantly, these milestones have opened doors for every other transwoman inmate toward completing their own transition without facing the particularly difficult obstacles I encountered.

In October 2016, the DOC revised its policy on transgender prisoners, providing greater protections for safety and privacy. Certainly, I am pleased that DOC improved its transgender policies.

But it’s not enough to see these changes on paper.

There must be sweeping, sustained changes in mentality and practice from the top down. There also must be uniform accountability for those attempting to rebuff these changes. This will be the true test in determining whether or not DOC is truly committed to eradicating the systemic discrimination and abuse existing within its borders against transgender and gender non-conforming inmates.

All people, irrespective of our identities, are heirs to the freedoms fought for, and secured by, our founding fathers and the many civil rights martyrs succeeding them. My community are a resilient people. Indeed, we will continue to smash into and break down the bulwarks of oppression that have demarcated our existence for generations.

We must either protest in the face of inequality and prevail, or be conceded as cowards for our silence at the expense of human lives and accomplish nothing.

We will protest and we will prevail.

NOTE: This article originally appeared on the ACLU of Delaware blog 5/17/17. Kamilla asked that we reprint it in
Beyond Bars.