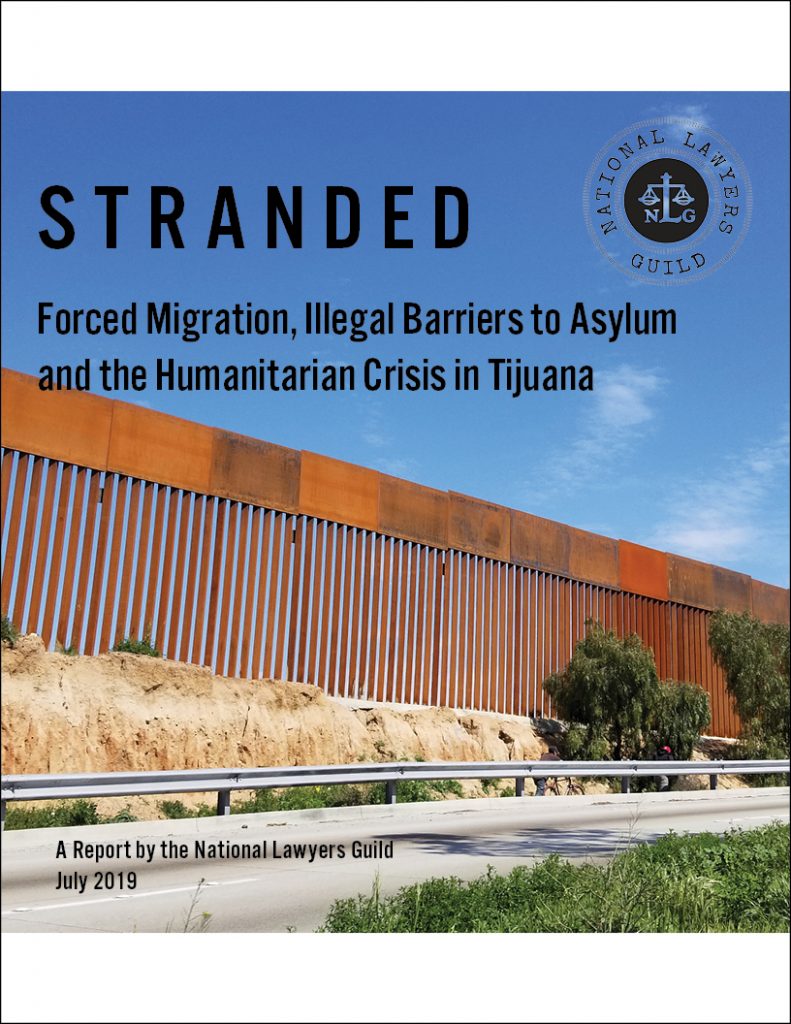 NEW YORK—The National Lawyers Guild (NLG) has released the report, Stranded: Forced Migration, Illegal Barriers to Asylum, and the Humanitarian Crisis in Tijuana, documenting human rights abuses of migrants observed during a March 2019 NLG International Committee fact-finding delegation. The team traveled to Tijuana, Mexico, and San Diego, California with the aim of investigating and illuminating the injustices and human rights violations confronting asylum-seekers and their advocates in Tijuana. Read the full report below or download the PDF here.

NLG members and National Office staff joined long-term, on-the-ground NLG volunteers for the week-long delegation. The team met with lawyers and activists working with migrants as well as governmental and nongovernmental human rights organizations, Mexican police, U.S. Customs and Border Patrol (CBP)­, local and international humanitarian aid organizations, and migrants themselves. The main findings of the report are as follows:

Since March, the situation has worsened significantly. The asylum-seekers list in Tijuana is currently the longest it’s ever been, with 9,150 people waiting to present themselves for asylum according to Al Otro Lado, a bi-national legal services organization the NLG has been working with. MPP has been expanded along the border to the most dangerous states of Mexico. In the US, ICE raids started July 14, targeting 11 cities with large migrant populations. The NLG is working with organizations like United We Dream to connect migrants to pro bono representation.

At the 2019 #Law4thePeople Convention this October in Durham, NC, the delegation will hold a workshop with representatives from some of the groups it met with to discuss ongoing barriers to the legal right to asylum, efforts of migrants organizing in resistance and survival, and state-sponsored criminalization and surveillance of human rights defenders.