Who Are We? And What Do We Do?

Over the decades we’ve been working to protect protesters on the streets and in the courtrooms, we’ve aided countless movements in their work toward justice, from the anti-war protests of the 1960s, Occupy Wall Street in 2012, and the protests for Black lives in the summer of 2020, the NLG has responded to calls from organizers and activists to provide crucial legal support to leftist movements. Our Mass Defense program is a vital part of our work; as an organization created to offer often gatekept skills and strategies in service of peoples’ movements, carrying out rapid response, on-the-ground support to protesters is something we’re extremely proud to do. 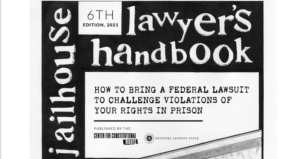 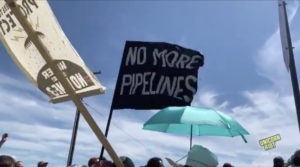 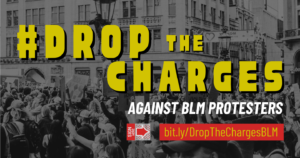 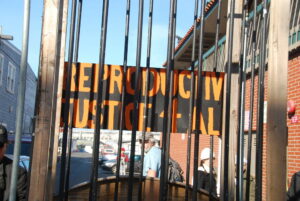 What is Legal Observing?

Our Legal Observer® Program is one of the most well-known activist support services of the Guild. Legal Observers® are volunteers trained by the National Lawyers Guild who shows up at protests, marches or other actions to:

Legal Observers® are the “eyes and ears” of the legal team.  They create documentation during events which can later be use in defense cases, public statements, and litigation which aims to hold law enforcement agencies accountable for the actions of their officers

The idea of community members watching law enforcement officers through organized patrols originates from the Black Power Movement. According to the NYC-based Justice Committee, the practice was started by the Black Panther Party in 1966. The Black Panthers conducted armed citizens’ patrols in order to monitor the behavior of law enforcement officers in the Oakland Police Department. This practice later became known as copwatch. Many local activist organizations continue to copwatch today.

The National Lawyers Guild, as the first integrated bar association in the U.S., took components from this practice and developed its Legal Observer® Program in 1968 in New York City in response to protests at Columbia University and city-wide antiwar and racial justice demonstrations.

What Events Do We Legal Observe?

The National Lawyers Guild is a progressive organization that opposes racism, sexism, classism, fascism, heteropatriarchy and transphobia. We will only show up to actions and in support of movements that directly align with our values.

However, the Guild recognizes that the criminal-legal system is a racist, traumatizing, and oppressive structure. In some instances, communities do not want liberation spaces to be taken up by those working within the criminal-legal system, even when acting as legal support on behalf of activists. Therefore, we will not show up to actions unless we are specifically requested by organizers.

Who Can Be a Legal Observer®?

Legal Observers® are often legal workers, law students, and lawyers, but anyone who is able to perform the duties and uphold the values of the National Lawyers Guild can be a Legal Observer®, including organizers, activists, and community members. A significant amount of mass defense work can be done without a law degree, and it is vital for folks who are the targets of systemic oppression, especially at the hands of the state and legal system, to be the ones deciding what their local mass defense programs should look like.

We expect our Legal Observers® to constantly educate themselves and engage in anti-repression work, to be aware of their racial, gender, class, and other privileges especially when conducting themselves in movement spaces, and not replicate the very same injustices we are fighting against. See our Mass Defense Resources page for more information.

How Do I Request Legal Observers®?

We have 57 chapters across the country. Visit our chapter page to find a chapter near you in order to request Legal Observers® or contact the Director of Mass Defense at massdef@nlg.org.

How Do I Get Trained as a Legal Observer®?

Legal Observer® trainings are held several times a year in various locations around the country. If you are interested in becoming an NLG Legal Observer®, contact your nearest chapter to find out about upcoming training sessions. If there are no chapters near you, contact the Director of Mass Defense at massdef@nlg.org.

Law school students and student organizations should also reach out to their nearest chapter in order to schedule trainings. If you are having trouble getting in contact with your local chapter, reach out to the Director of Mass Defense at massdef@nlg.org.

Our Mass Defense work is run largely by volunteers who care deeply about their communities and comrades. Our ultimate goal is to be responsive to the needs of the moment, and we strive to follow the leadership of movement organizers. Because of this, our membership is extremely important to us, and integral to our ability to continue offering support to movements for justice. If you’d like to become a member of the NLG, please visit our join page to be linked to your local chapter.

Our Mass Defense work is funded by a matching grant from the CS Fund and relies on contributions from NLG members and supporters. So that we can sustain this critical work, please click the button below to donate! Your contribution will go toward:

Donate to the Mass Defense Program