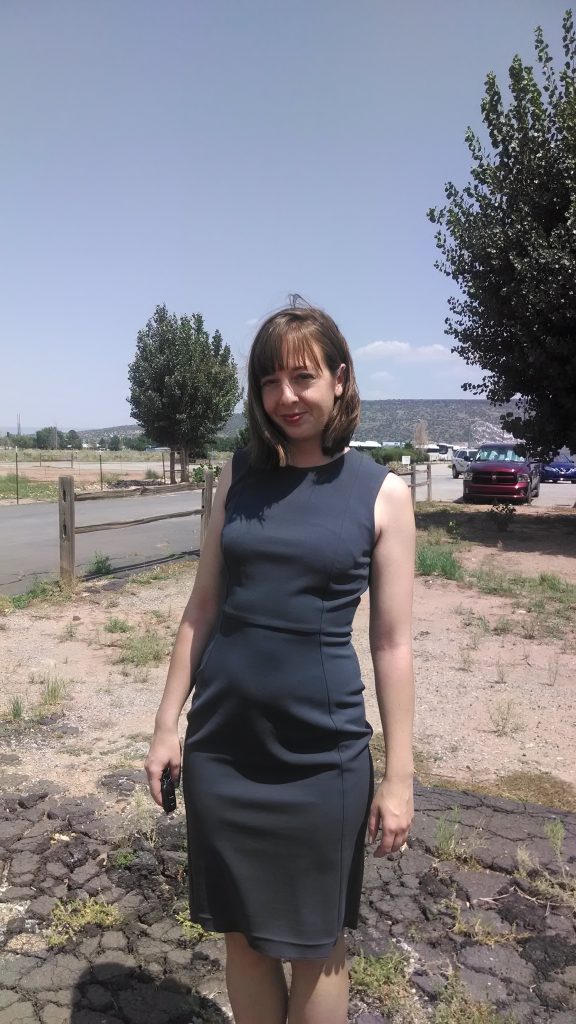 This summer I had the privilege of spending 12 weeks collaborating with the Santa Fe Dreamers Project and the New Mexico Immigrant Law Center as an NLG Haywood Burns Memorial Fellow. During that time, I worked at the Cibola County Correctional Center. Once a federal prison, Cibola has operated as an ICE detention facility since October of 2016. The facility is 80 miles west from Albuquerque, in Milan, New Mexico. The vast majority of the immigrants detained there are seeking asylum. The facility is also home to the country’s only transgender ICE detention unit.

Just a day into my summer fellowship, transgender migrant Roxsana Hernandez died in ICE custody shortly after arriving at Cibola, and her death set the tone of our advocacy for detained transwomen for the rest of the summer. As the federal government implemented its so-called “zero tolerance” policy, another crisis emerged, and suddenly a third of the asylum-seeking men detained in Milan were fathers separated from their minor children. Then-Attorney General Sessions’s Matter of A-B- made both of these already critical situations worse, and our direct legal services model alone could not meet the needs of those detained. The work felt endless, and at its height, I often ended the day feeling it was futile at best. But after working in El Paso during the court ordered family reunification deadline and getting to celebrate with the trans-queer caravanistas released under the ACLU Damus parole lawsuit, I was reminded that when paired with meaningful impact litigation, direct legal services in detention can be transformative.

Seeing my work woven into impact litigation made my summer fellowship feel meaningful; our successes and their immediate impacts on the lives of the detained restored my dedication to detention defense work. After prolonged detention, two of the three transgender women I represented directly under student practice this summer were released from Cibola and have since resettled in other parts of the country. On the first day of my 2L year, I appeared in court and argued the asylum case of the third woman who remained detained. Appearing by video conference from Denver, the judge granted her asylum. Upon hearing the decision, Ms. R-P-, only a couple years younger than me, buried her face in her hands and burst into tears, finally safe from the persecution she had faced in Honduras. After six months in detention, Ms. R-P- was released from detention the following day and has since been reunited with family outside the state.

My work this summer at Cibola helped solidify the values I want to continue to carry with me as I grow as a legal advocate. First, I want to commit to building my career in New Mexico. This is my home and the community I want to serve. Second, I want to build my career around serving incarcerated and other detained people. And last, I always want my work to be oriented towards fighting the consequences of systemic oppression and—even more—meaningfully changing or eliminating systems of oppression operating in the state. I am so grateful to the Haywood Burns Memorial Fellowship for providing me with the resources to make this experience possible. ■